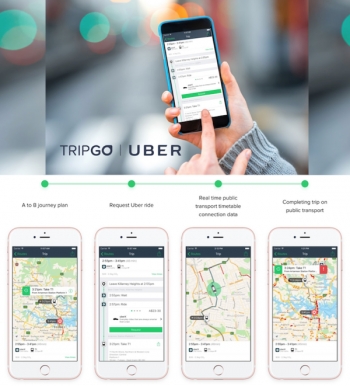 Uber and TripGo have partnered "to help complement and extend the reach of public transport networks across seven Australian cities".

Ridesharing. Its popularity has exploded, and Uber says that many already use ridesharing "to connect with their local public transport hub".

So, how can this be improved further? Uber and TripGo believe it can be done via a partnership which will "give local residents a more reliable and convenient option to connect with public transport".

The two companies say they have "created a seamless way for people traditionally underserved by transport to plan, book and track door-to-door multimodal trips".

Both companies say that it’s all about ‘bridging the first/last mile gap'.

Claiming an "Australian first", TripGo says its users "will be given access to real time ridesharing and public transport data to allow Aussies to request and synchronise Uber rides with public transport connections, effectively bridging the first/last mile gap".

See the image at the end of this article for a visual demo – as well as seeing the same image at Uber here.

How does it work?

We are told that "TripGo users can request an Uber ride to their local train, bus or tram station and use real time data within the app to help streamline their connection with the next departing public transport service".

Claus von Hessberg, chief executive and founder of TripGo, said: “Enabling users to book their trip from start to finish in one app brings us closer to providing true mobility as a service (MaaS).

“It also gives users more flexibility to adapt to changing plans, traffic situations etc. as they can manage and update their trip directly within the TripGo app.”

Cue the jokes about a "MaaS"-ive Attack, which is my riff on "Massive Attack", a popular musical act, or jokes about "MaaS" transit, as well It’s also a continued attack on traditional paid transport services, i.e. taxis, taking people to transport hubs, but this is what competition does: it creates competitive environments!

What are the 7 cities?

David Rohrsheim, general manager, Uber Australia & New Zealand, said: “Aligning ridesharing with public transport systems is one of the smartest ways to help people move around the city without the need for costly infrastructure developments or owning a personal vehicle.

"Uber is working with cities and local transport systems around the world to solve the first and last mile problem, and this partnership will help feed more people into, and effectively expand the reach of existing public transport services.”

You can find the TripGo app here. 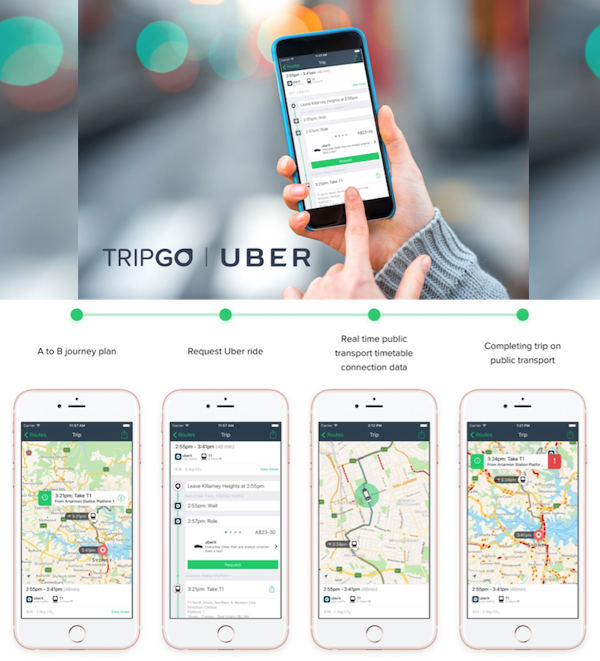 More in this category: « VIDEOS: WowWee robots back Down Under via iWorld Australia Veteran Windows journo slams Microsoft over Surface Pro issues »
Share News tips for the iTWire Journalists? Your tip will be anonymous