The Tour de France may be over for another year, but you can re-do it safe from home, taking in all the scenery and experiencing all the hills and valleys yourself with NordicTrack powered by iFit, and sound powered by Bose.

The epic French national multi-day bicycle stage race was first organised in 1903 - originally to increase sales of a newspaper, but now run by the Amaury Sport Organisation. The race has been held annually except for the two world wars and is the world’s biggest annual sporting event. The route changes each year, but the format remains the same and the distance covered is always around 3,500 km.

You don't have to travel to France to join in, and you don't even have to be fast or super fit. You don’t even need to leave your home. And you can ride it whenever you want.

The trick is the NordicTrack S22i studio bike, powered by iFit. You can read iTWire’s coverage of this impressive piece of gear here. It’s a stationary indoor exercise bike with a 22” screen providing motivation and feedback. It shows your cadence, and other stats records your progress, provides access to a vast and rich array of workouts that take you around the world and allows you to make your own.

Moreover, it has customisable resistance levels and adjustable incline from -10% to +20%. While you can adjust these yourselves, iFit’s tech will automatically adjust your incline based on the scenery on-screen, and the workout trainers can adjust your resistance too. It’s way more interactive than merely watching a video, and it’s a genuinely awesome effect that transports you around the world and makes exercising fun.

I've enjoyed exploring bridges and parks worldwide, as well as puffing and panting my way up Lombard St in San Francisco and other steep climbs. 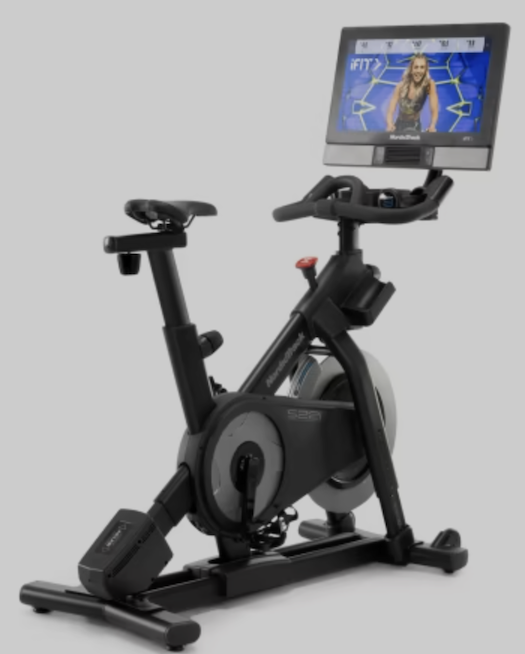 So that takes us to the Tour de France - iFit has released a 112-part Google Maps-based series of workouts that take you all over France, covering all 21 stages of the 2020 route starting in Nice and ending in Paris.

The workouts are broken into two parts, part 1 and part 2, starting here. You can add them to your iFit calendar from the smartphone app to later play them on the bike itself.

Meanwhile, for the utmost immersion, Bose has a range of audio products to bring the sounds of France to life.

The Bose Soundbar 900 transforms your living room into a front-row seat to the Tour de France with a layer of realism unmatched by other soundbars. Play topical content on your television, or beam your iFit workout to it via Bluetooth, or play your favourite motivating soundtrack.

Or, if you don't have the house to yourself, the Bose Sport Earbuds bring comfortable fitting, pumped-up audio and life-like sound directly to your ears. Pair the bike or your phone or another device with the earbuds, slot them in, and be one with the workout.

Or, for something in-between, check out the Bose SoundLink Micro Speaker. iTWire tried this for ourselves; it’s a speaker as adventurous as you are that can be double-strapped to your bike with its tear-proof straps. It’s IP67 waterproof and dust-proof, withstands drops, crushing, shocks, and dust, and offers up to six hours per charge. 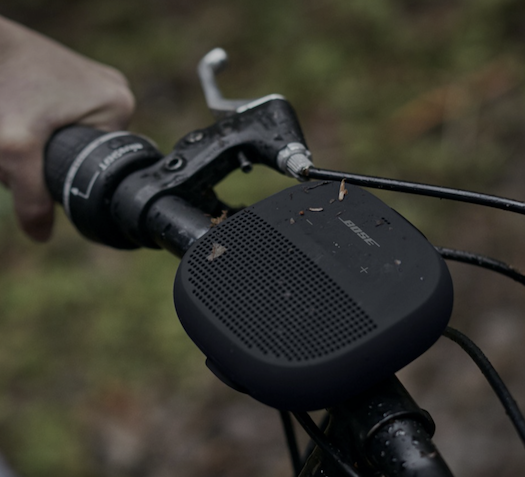 iTWire found the Bose SoundLink Micro Speaker delivered clear, crisp audio with deep bass and was surprisingly powerful for its size. It takes calls, plays music, pairs with your phone or bike, and is robust and resilient, so you don’t have to worry about taking it outside and exploring the world. Use it as a speakerphone, control your digital assistants, issue voice controls, and more. This is a portable speaker you can confidently use equally well in the home or while hiking, running, or cycling. And, if you have more units, you can link up to six together.

When paired with the NordicTrack S22i, the Bose SoundLink Micro Speaker provides an impressive, room-filling soundtrack for your journey. I then tried it outside on a traditional bicycle and originally felt some trepidation riding around the streets blasting out my tunes, but I soon got over that, realising I could find a volume sweet spot that increased my enjoyment without bothering anybody else or drawing attention. Now, if only this were true for the car stereo of one of my neighbours down the street.

Ok! Ready to ride the Tour de France? Get on your bike and go!

More in this category: « Watch your health with the new Huawei fitness range Huawei brings Father's Day gift ideas for the sporty Dad - or the Dad who needs a fitness nudge »
Share News tips for the iTWire Journalists? Your tip will be anonymous