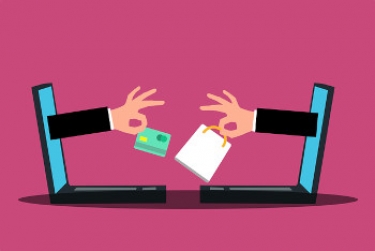 PayPal is the most easily recognised of the four leading online payment platforms, and the most used, with nearly three-quarters of Australians surveyed aware of its existence, the Roy Morgan Research firm claims.

In a statement, Michele Levine, the chief executive of Roy Morgan, said of the 15.7 million Australians above the age of 14 who were aware of online payment platforms, PayPal was known to 74.2%.

The figures are based on Roy Morgan Single Source, the top consumer survey in the country with about 50,000 Australians questioned annually.

Levine said the pandemic had proven to be a boon for online retailers; 47.3% of Australians had used PayPal in the last 12 months, up nearly 10 percentage points from 37.8% in February 2020, just before the pandemic hit Australia.

The Roy Morgan figures showed that PayPal usage had been used by 40.5% of Australians in January 2018, with this gradually increasing before peaking at 42% in June 2018.

But from that point, usage of the payment portal had declined gradually as buy-now-pay-later services became more prominent.

Roy Morgan found that more than three-quarters of Australians, (16.5 million or 78.1%) were now aware of buy-now-pay-later services such as Afterpay, Zip, Latitude Pay and Humm.

However, usage was much lower, with only 3.5 million Australians (16.6%) using such a service in the last 12 months.

Said Levine: "The proliferation of digital payment services in recent years is profoundly changing the way Australians conduct financial transactions and pay for goods and services.

"However, despite the multitude of options now available for consumers, PayPal stands out as the leading digital online payment platform used by 47.3% of Australians in the last 12 months. PayPal is ahead of second-placed bill payment service BPAY used by 42.7% of people largely to pay bills, and both are well ahead of third-placed Afterpay used by 13% of Australians."

She said the annual Roy Morgan forecasts on pre-Christmas retail spending released in conjunction with the Australian Retailers Association last week predicted that Australians would spend $58.8 billion in the pre-Christmas period – virtually the same as a year ago.

"Importantly for online digital platforms such as PayPal, a recent Roy Morgan survey showed Australians are predicting an average of 48% of their Christmas gift shopping will be done online," Levine added.

"These results show the next few months are set to break new ground with a record level of online sales and heavy utilisation of digital payment services. PayPal has been a big winner of the move to online so far during the pandemic and over the next few months we will be keeping a close eye on whether the company can hold onto the gains it has made over the last 18 months or whether rival digital payment services such as Afterpay can close the gap as we enter 'COVID-normal'."

More in this category: « Hisense launches L9G 120in laser TV Eset beefs up consumer security products »
Share News tips for the iTWire Journalists? Your tip will be anonymous