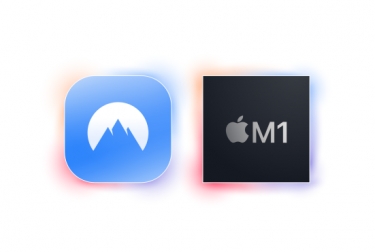 The newly released NordVPN promises an optimised experience for M1 chip users, so if you’re getting a notice to update, it’s definitely worth doing.

NordVPN has officially launched version 6.6.1 for macOS. With this release, all NordVPN users with M1-powered Macs will get full-fledged performance and overall experience.

As the company reminds us, the M1 chip is Apple’s new and improved proprietary chip. It's the chip Apple is transitioning all Macs to, over a two year period, with the transition having started almost a year ago.

Previously, Macs were powered by Intel processors, but with Intel having let Apple down various times by not producing the chips it promised, and with Apple having worked on its own processor technology since the purchase of chip firm PA Semi in 2008, Apple's move to its own CPU for its Mac range was long predicted and long-awaited.

The move has brought about more robust performance in everything on M1-powered Macs, from speed to battery.

So, with Apple making this move towards higher performance, NordVPN says it "felt it appropriate to rise with the occasion and ensure an optimized user experience for their M1 Mac users."

Vykintas Maknickas, Product Strategist at NordVPN said: “We reworked the NordVPN app to run natively on M1 Macs, which will optimize app performance and user experience for users with newer devices. Additionally, when reworking our app to run natively on different operating systems, we kept in mind the switchover process and maintained the user at the forefront of our minds.

“Unlike with many VPN providers, all you will need to do to gain access to the appropriate NordVPN app for your operating system is simply update the app — you are good to go.”

To figure out whether you're using the M1 version of NordVPN, you can right click on the NordVPN app icon in your Mac's Applications folder, and then left click on "Get Info".

If the app is listed under General and Kind as “Application (Universal)”, then you have the version of NordVPN that will run with native code on Intel Macs and on M1 Macs, so now you know! 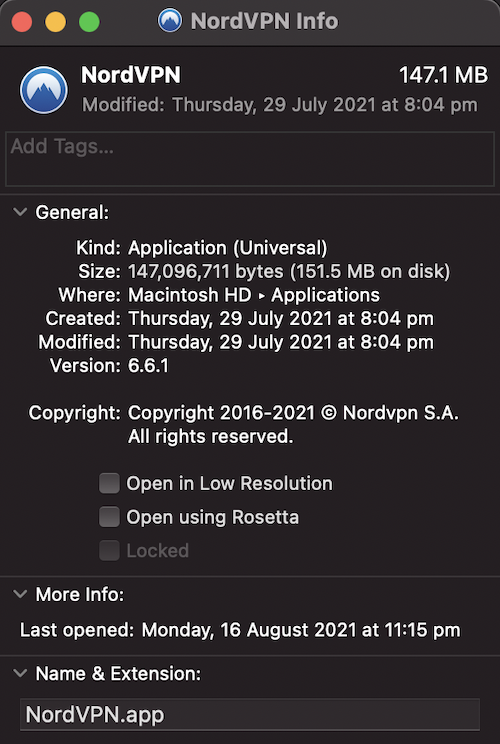