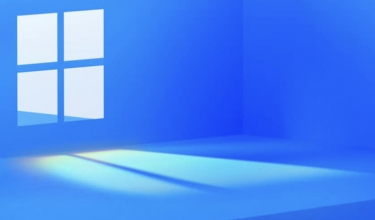 If you've been waiting for Windows 10X, which was the next-gen of Windows (and which has since been cancelled), then its successor - and the successor to Windows 10 - is coming on June 24, 2021.

Ok, so whether the next-generation of Windows is due to actually launch and be avaibable to the public on June 24 at 11am ET in the US is yet to be seen, as it might just be an announcement that announces this new version is still yet to come later this year.

But presuambly, we're going to see what this new version looks like, how it handles dual-screen devices, interacts with tables, smartphones, connected home devices and much more.

There's expected to be an updated look and feel as well, as you'd expect.

Microsoft CEO Sayta Nadella hinted at this new version of Windows at its Build Conference last week, so it was clear something was brewing, but again, whether this new version of Windows will be something you can immediately download and use is yet to be seen - Microsoft does have form in announcing things like its Surface Duo smartphone which took months to launch, and its Surface Neo tablet which was meant to arrive in 2020 but is still AWOL.

Perhaps we'll see it at the June 24 event.

Of course, 11am on June 24 in the US is 1am, June 25 in Australia, and we'll see both the aforementioned Satya Nadella and also Chief Product Officer Panos Panay headlining the launch event.

At the Build conference, Nadella said he's been testing the new OS for the past few months, and he said: "We will create more opportunity for every Windows developer today and welcome every creator who is looking for the most innovative, new, open platform to build and distribute and monetise applications."

So, we'll just have to wait and see what the new Windows looks like, but it is "coming soon".

More in this category: « AMD reveals next-gen mobile Radeon RX 6000M GPUs Apple's WWDC 2021: stop everything and watch the future of computing on iPhone, iPad, Mac, Watch, TV and more! »
Share News tips for the iTWire Journalists? Your tip will be anonymous