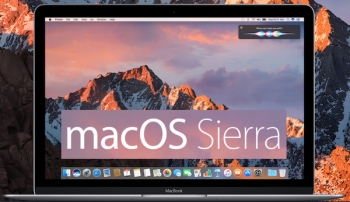 Unlike Microsoft which gives free OS updates and takes them away, Apple’s newest Mac OS update, macOS Sierra, is free and ready to download. But a back-up is necessary first!

As I type this article, I’ve made a back-up of my system, and I’m now downloading macOS Sierra.

It finally includes access to Siri, among other "all-new capabilities", and it will be installed by many multiple millions of users far more willingly than was ever the case with Windows 10.

Apple says that "macOS Sierra brings Siri to the Mac with intelligent and helpful features users know and love from iPhone and iPad, along with all-new capabilities designed specifically for use on the desktop", all of which I’m very much looking forward to using later today once my free update has downloaded and installed.

Apple touts features such as "Universal Clipboard, iCloud Desktop and Documents, Auto Unlock and Apple Pay on the Web", all of which "help your Mac work even better with other Apple devices".

There is also an update to the Photos app, which gets you "a new Memories feature that automatically creates curated collections of your favourite photos and videos". More detail on that below.

Apple’s macOS Sierra page has plenty of additional detail on what the new OS can do, with several examples of how you can use Siri on the desktop to make your life easier.

But what are some examples of that without having to dash off to Apple’s site?

Luckily, Apple has provided us a few examples. Siri on the Mac can:

We are also told that "users can drag and drop Siri results into documents or pin them into their Today view for later reference".

Another nifty feature that once needed separate apps to achieve is the new "Universal Clipboard". This lets you copy content from an app on one Apple device and paste it into another app on a different Apple device.

The iCloud Desktop and Documents feature lets you access files on the Desktop from your iPhone and/or iPad.

Another feature that I’ve used "Knock to Unlock" to achieve, without being as fast or as seamless as I’d have liked, is the new "Auto Unlock" feature. This lets you automatically log into your Mac when you are wearing an authenticated Apple Watch. Can’t wait to try it out!

I don’t belong to a bank that, as yet, supports Apple Pay, which is highly annoying (thank you, useless Australian banks).

However, for those lucky enough to be with a bank that supports Apple Pay, you can now also use Apple Pay on the Web, which Apple naturally bills as making the "online shopping experience in Safari more convenient and secure than ever".

Apple explains it as letting shoppers click the Apple Pay button at checkout on participating websites, so you can then complete your purchase using Touch ID on iPhone 6 or later, or with Apple Watch.

This way, your credit or debit card information "is not shared with online merchants and strong encryption protects all communication between a user’s device and Apple Pay servers".

Sounds like Apple’s alternative to PayPal, and as such, is serious competition to all other payment methods.

The aforementioned upgraded Photos app introduces the aforementioned Memories feature. This "highlights favourite and forgotten moments in your photo libraries by automatically creating curated collections of occasions like birthday parties or family holidays".

I’ve read online that people are impressed by the Photos app and its ability to use "advanced computer vision to identify faces, objects and scenes in your images, so photos can be searched by who and what is in them".

There’s also "an all-new Brilliance editing tool" which sounds like an auto-fix or magic-fix setting on steroids, as it "brightens dark areas and pulls in highlights to make photos look richer and more vibrant".

Here’s a range of other macOS Sierra features that Apple is highlighting:

That said, there is an excellent guide at MacKungFu called “Help! macOS Sierra won’t install on my Mac!” with plenty of must-read advice BEFORE you undertake the upgrade. I’m going through this guide now and won’t install until I’ve finished reading it and doing anything I’m supposed to do first.

Probably the only thing left to say is: MAKE A BACK-UP BEFORE YOU INSTALL! Time Machine is free and already installed on your Mac! Plug in a hard disk and BACK UP!

If you’re really paranoid, use Acronis True Image or Super Duper or any other backup software to ensure more than one backup of your files BEFORE UPGRADING. 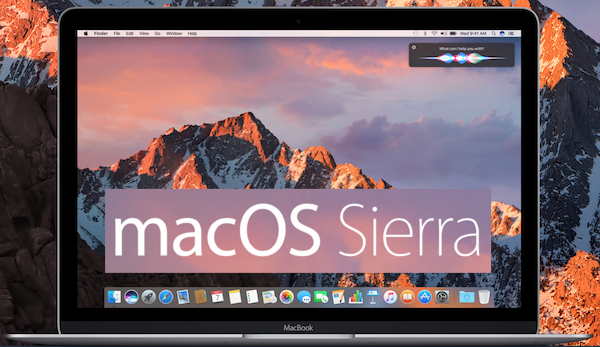 More in this category: « Opera offers browser with free built-in VPN Wearables sector growth slow, but Apple leads in smartwatch sales »
Share News tips for the iTWire Journalists? Your tip will be anonymous