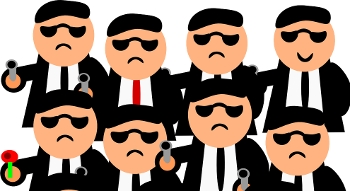 Microsoft has unveiled its latest method to make users of Windows 7 and 8/8.1 upgrade to Windows 10, by making updates unavailable if users of these versions of Windows are running on systems which use the latest processors.

Users who see this message: "Unsupported Hardware. Your PC uses a processor that isn’t supported on this version of Windows  and you won’t receive updates", or this one: "Windows could not search for new updates. An error occurred while checking for new updates for your computer. Error(s) found: Code 80240037 Windows Update encountered an unknown error", were told that they needed to upgrade to Windows 10.

And it added: "Because of how this support policy is implemented, Windows 8.1 and Windows 7 devices that have a seventh generation or a later generation processor may no longer be able to scan or download updates through Windows Update or Microsoft Update."

A Windows 10 upgrade reminder tends to be more important that the time of departure of your flight pic.twitter.com/nC3DvYzT2w

Microsoft said the issue could be resolved by upgrading to Windows 10.

"We recommend that you upgrade Windows 8.1-based and Window 7-based computers to Windows 10 if those computers have a processor that is from any of the following generations:

Last year, Microsoft tried several times, using methods that can only be described as devious, to force Windows users to upgrade to Windows 10 ahead of a 29 July 2016 deadline that it had set.

In at least two cases, the company was forced to pay damages to users who went to court after they were forced into upgrades which they did not want.

Reports say that take-up of Windows 10 has stalled after the 29 July 2016 deadline, with only about 400 million of an estimated 1.5 billion Windows users having upgraded.

More in this category: « AMD Ryzen 5 in Australia from 11 April UPDATED: LG offers free 43-inch Smart TV to flog G6 smartphone via Telstra »
Share News tips for the iTWire Journalists? Your tip will be anonymous