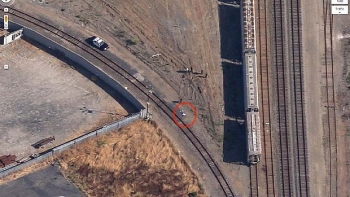 Search giant Google is fast-tracking the replacement of a satellite image found on Google Maps that shows the body of a 14 year old boy shot and killed in the San Francisco Bay area in 2009.

The aerial image shows the boy splayed out on the ground near some train lines, with what appear to be investigators or members of the police force surrounding the scene.

This is highly unusual for Google, as they have never had to fast-track the replacement of outdated or potentially upsetting content on Google Maps before, yet in this instance found it pertinent due to the distress of the deceased boy’s father.

In a public statement Google Maps Vice President, Brian McClendon said “Google has never accelerated the replacement of updated satellite imagery from our maps before, but given the circumstances we wanted to make an exception in this case. We believe we can update this in eight days, and we've spoken to the family to let them know we're working hard on the update.”

Whilst Google allows users to report offensive or otherwise invasive imagery featured in their Street View software, it currently has no such feature for overhead satellite imagery. It is likely that such a feature will be implemented in the wake of this incident.

More in this category: « Australia's most popular searches revealed Winamp to die next month »
Share News tips for the iTWire Journalists? Your tip will be anonymous