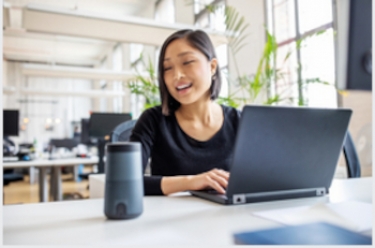 The global smart speaker market, including smart displays, will reach 163 million units in 2021, the tech analyst firm Canalys says, adding that this would represent growth of 21% year-on-year.

The company said in a blog post that in 2020, mainland China, which has got the COVID-19 outbreak under control, would be the leader, with growth of 16% while the remainder of the market was expected to grow 3% as countries continued to fight the coronavirus.

In the latest forecast, the company said that the growing demand for entertainment due to people having to stay at home had led platform vendors to release new smart speakers and displays, with the form factor being more and more simplified.

“The challenge is to bring noticeable improvements and innovation with minimal increase in costs,” said Canalys research manager Jason Low. 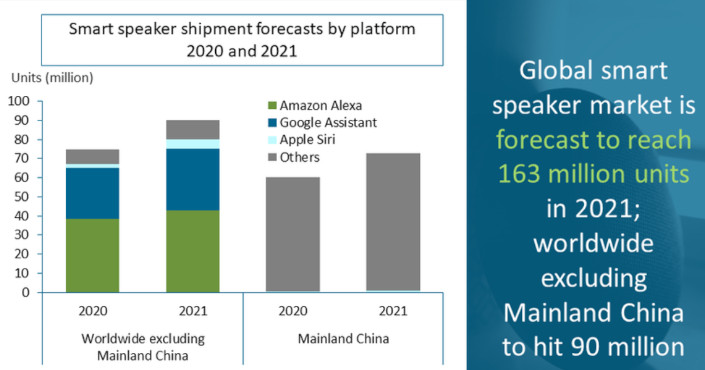 “Amazon and Google are striving to spark interest by breaking the speaker mould, each taking different design routes aimed to obtain sound quality improvements, not only with physical design changes, but also introducing additional elements of computational audio.

"In the future, a customer’s listening experience will be increasingly adaptable and driven by AI.”

He said Apple had much to prove to attract users, especially as the HomePod mini, launched this month, was up against other new US$99 (A$138.7) devices, which were bigger and with assistants perceived to be smarter.

Said Low: “Apple must deliver its acclaimed premium user experience by leveraging its proprietary ecosystem of hardware, software and services.

"The HomePod mini would give its competitors a run for their money if the sound quality proves to be better despite its smaller size, and if the UWB and Intercom features work seamlessly for users.” 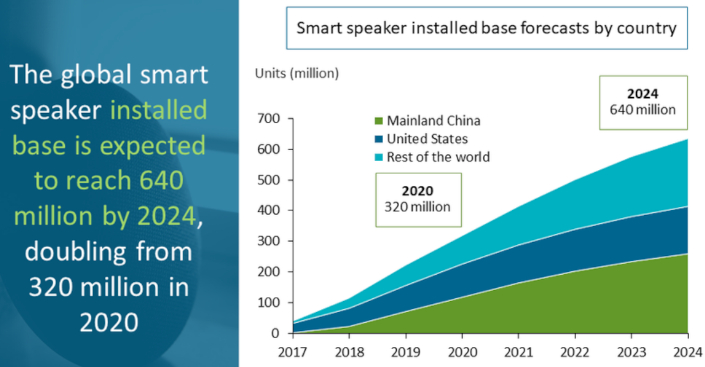 Given that Apple is the only global platform vendor selling hardware and services in China, research analyst Cynthia Chen said the US$99 (about 700 yuan) segment was more or less a no-man's land in the country, yet adequate to appeal to the company's user base.

"Apple should take this opportunity to drive the uptake of its music and other services consumed at home,” she added.

Canalys said the installed base of smart speakers was expected to reach 640 million by 2024. “From the speed of response, to the skills and real-world tasks smart assistants can help complete, the job of building great hardware and smart assistant features falls to platform vendors with the resources and business models to support such endeavours," said Low.

"However, the smart assistant ecosystem needs to be supported by third-party developers, hardware vendors, and service providers. It is crucial for ecosystem partners to pay close attention to what platform vendors achieve, while having a keen sense to uncover new use cases as users shift habits amid the ongoing pandemic.”