Apple's WWDC 2021: stop everything and watch the future of computing on iPhone, iPad, Mac, Watch, TV and more! Featured 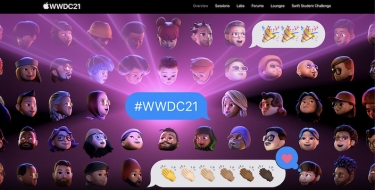 The best place to see all of these incredible features and benefits of it all in one of the smoothest and info-packed video presentations you've ever seen, with the most diverse range of presenters, backed by a super-cool playlist of underlying music is in Apple's WWDC 2021 keynote, embedded below, and at the WWDC21 section of Apple's site.

Of course, this is just the beginning, as WWDC, the Worldwide Developers Conference 2021 is a week-long affair, where developers can get in-depth information on all of the new things that Apple is enabling.

Here's the keynote - honestly, clear the next one hour and 50 minutes out of your schedule and watch this incredible presentation now:

Watching this video, it makes me feel like Google tries pushing the envelope in different ways each year, but Apple delivers on everything Google tried - but does it properly, with privacy and security, and goes well beyond Google's imagination.

Then, when I see things like macOS 12 Monterey allow you to use your keyboard and mouse across your Mac and iPad, with continuity-on-steroids and tons of intertwined, ultra-advanced, mature and sophisticated features, I think of Microsoft launching a "new version" of Windows in late June, and I laugh.

Microsoft is going to launch an effective version 1.0 of some new thing that no-one has ever used before, isn't familiar with using as it will probably break all the Windows conventions again, is designed to run on a trillion different types of PC with a quadrillion different hardware variations that Microsoft doesn't have anywhere near the control over that it wishes.

It's probably going to be the usual Microsoft nightmare of mediocre meh, of changing the way people are used to working with things and enraging said people, of continued malware messes and more madness. I mean, I hope not, and I am definitely interested to see what launches, but hey, I'm still waiting to see Surface Neo, too. Maybe in three weeks? Vaporware, I've heard of it.

Contrast this with the steady pace of innovation, OS, UI and UX enhancements Apple has worked on since 2007 when the iPhone first launched (and before that when it was in development) that had added features, functionality, capabilities and benefits, along with Apple's leadership in its own processors, graphics and so much more, and we have the world's most advanced technology company bar none.

I'm not saying Google, Microsoft, Amazon, Samsung and others haven't done worthy things, or haven't brought things to life or to market before Apple.

I just say that Apple analyses everything out there, and really thinks about how features should be introduced, how they should be used, how users can benefit from them in ways that are lasting - and not abandoned after a while, as Google did with its VR glasses - something Samsung did too - or seems to be languishing on in the world of Windows.

Now it's true - Apple didn't introduced new glasses, new Macs, new M1X processors, new iPads or any new hardware today. Apple's focus was on its software platforms, and wow - the photocopiers sure are going to start up in Redmond, Mountain View and wherever Samsung is based in South Korea.

They'll also be starting up in Shenzhen too, as Huawei continues its mission to copy as much of Apple as possible - just take a look at HarmonyOS 2 and see if its "innovations" look familiar.

Still, if you're going to copy, you may as well copy from the best.

There'll be a trillion hot takes today, about how Apple is doing this, or that right, or wrong, and I'll have more to say too when I've watched this keynote again and it isn't 5.20am (as we Aussies enjoy our Apple keynotes at 3am in the morning due to time-zone differences), but the reality is simple.

Developer betas are out today. Public betas start in July. More info at WWDC21 here, and no doubt we'll see the pages appear at Apple's site with showcases of what iOS 15, watchOS 8, iPadOS 15, macOS 12, tvOS 15, HomePodOS 15 and everything else is going to look like and what they'll offer, in greater detail than the keynote video has time to demo in its 1 hour and 50 minute runtime.

Apple shows us what was once science fiction, and turns it into science fact in incredibly fast timeframes. And while teleportation is still just a cool effect Craig Federighi used in a small part of the presentation, you almost have to wonder if somewhere deep in Apple's labs, maybe they're working on that, too.

Until then, watch the presentation, and prepare to be amazed!

More in this category: « Next generation of Windows to be announced on June 24 (June 25 in Australia) Apple finally fixes multitasking on iPadOS 15 - can't wait to try it! »
Share News tips for the iTWire Journalists? Your tip will be anonymous