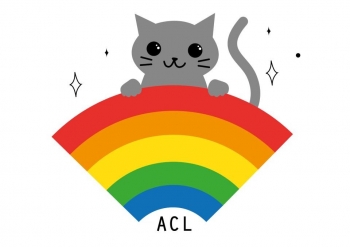 A plucky group of feminists have claimed the Australian Christian Lobby domain name after it expired last week, transforming it into a cat paradise.

The trio of Melbourne feminists, otherwise known as the Australian Cat Ladies, grabbed the domain name AustralianChristianLobby.org when the ACL failed to buy it for another 12 months.

The site is alive and kicking as you can see here, meanwhile the ACL uses an alternative domain name, acl.org.au.

The group's site, deemed Australian Cat Ladies, describes itself as “standing marriage equality, the rights of couples to abortion, an end to discrimination, sex education and responsible cat ownership.”

A spokeswoman for the Australian Christian Lobby told Leader newspapers the group "would continue to use its old website to communicate with members."

Meanwhile the new ACL site co-founder Hilary Bowman-Smart said the trio’s site had gone to plan, and had gained the group exposure against the Australian Christian Lobby’s conservative social views.

"We're really not fans of them," she said.

"We thought it would be very funny and we were sort of bored and we wanted to form a club of young Twitter feminists who love cats (this is us)."

"Also, (co-founder) Genevieve (Stewart) is a lesbian and one day would like to be married and free from the homophobia that is often defended by people such as the Australian Christian Lobby under the guise of religious expression."

Anyone wanting to join the Australian Cat Ladies in their fight for equality can do so here.

More in this category: « Fundawear makes undies fun again Facebook's profit up 58% »
Share News tips for the iTWire Journalists? Your tip will be anonymous