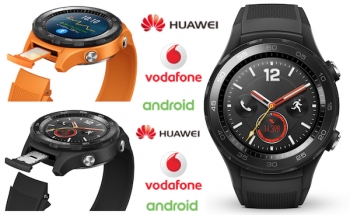 Want to put a 4G SIM card into your smartwatch? Then Huawei’s Android Wear 2.0 watch is the first to let you do it with Vodafone down under from 16 August.

When the Huawei Watch 2 launches with Vodafone in Australia, on 16 August, it will be the first 4G SIM-enabled smart watch available in the Australian market, and will be priced at A$599.

Of course, it won’t be the first watch with a SIM card to have launched in Australia. I fondly remember the world first 3G feature phone squeezed down to the size of a watch back in 2009, from LG, and absolutely loved using it until the charging mechanism stopped charging the watch.

But that was back then, and now, almost a decade later, another high-tech but much more advanced smartwatch is coming to market with a SIM card slot, and this one compatible with 4G.

So, why does Huawei say standalone 4G connectivity is important?

The company explains that standalone connectivity “allows Huawei Watch 2 users to step away from their phone for periods of time (such as going for a run or a night out) and still have access to near full functionality of the Smart Watch".

We’re told that “the SIM and built-in GPS chip facilitate calls and texts and the usage of apps such as Uber, Foursquare and Facebook messenger, all independent of a Bluetooth connected smartphone".

On top of that, the design of the watch “includes dual-mic noise cancellation, to ensure a clear and stable telephone experience, and the integration of the antennae on the upper watch case facilitates signal reception for 4G, GPS, Wi-fi, Bluetooth and NFC connectivity”, and that it also “includes all the capabilities you would expect from a Smart Watch".

First up, is its usage as a 'Health & Fitness Partner'

Huawei explains that its Watch 2 “includes multiple sensors and advanced algorithms to provide the user with health and fitness solutions. Built-in smart sensors collect data points such as distance travelled, speed, steps, heart rate, calories, and gait. This information is then used to power exercise programs and workout plans".

Naturally, if you’re a runner, and you have the Huawei Watch 2, you can get real time guidance and notifications.

There’s also built-in heart rate detection and GPS “to measure the users VO2max and, after each run, the watch automatically generates a report that advises on recovery time and training effects".

Huawei proudly boasts that the added bonus of having the Huawei Watch 2 4G enabled is that “it can do all this without the user having to carry their smartphone with them".

On top of that, Huawei says it isn’t just fitness but also health, with Huawei Watch 2 promoting “healthy living all day".

The Daily Tracking App can “accurately track users’ daily steps and record time spent on medium and high intensity exercise,” with all of this information “presented to the user with daily targets to promote a healthier lifestyle". 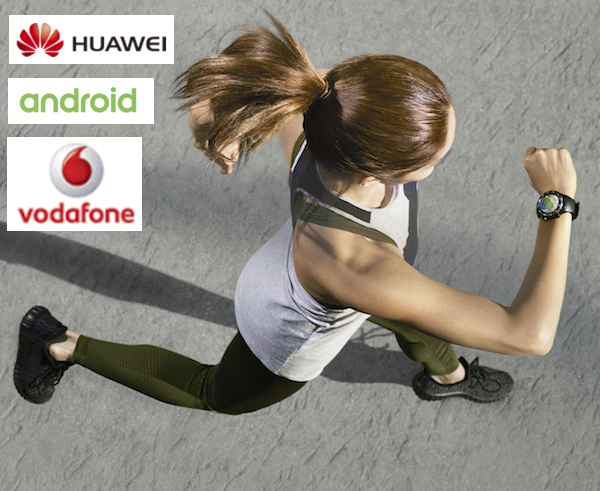 Billed as having “a classic wristwatch design that integrates smart features and sport functions while maintaining a stylish look”, you naturally get a high-definition display that is “customisable with multiple watch face designs, simultaneously allowing users to personalise their device while also getting quick access to their favourite applications".

Built with Corning Gorilla Glass and offering IP68 Water and Dust Resistance, Huawei says its new watch is “designed for comfort and fit during exercise and is smaller and more compact that than first generation of Huawei Watch". 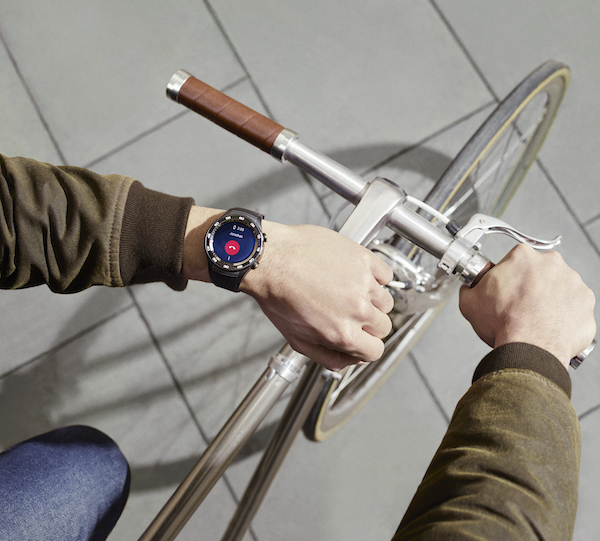 Third is the promise of 'a smarter experience'

Not “just a workout partner”, Huawei wants its Watch 2 to “add convenience to daily life".

This is where the Android Wear 2.0 “intelligent operating system” that powers the Huawei Watch 2 comes to the fore, integrating Google Assistant and allowing interactiong through voice commands.

Huawei explains that “users can ask questions about the weather, their calendar appointments, ask the device to play music or dictate text messages, simply by using voice instructions".

The open ecosystem of Android Wear 2.0 promises that users can “benefit from a vast library of compatible apps".

You can download “independent fitness, networking and travel apps, as well as games, to bring even more functionality to the Huawei Watch 2".

And, if you own an iPhone, Huawei and Google want to tempt you away from an Apple Watch with the Huawei Watch 2, nothing that “Android Wear 2.0 extends the experience of an Android smart watch to iPhone users".

Whether that’s going to be enough to tempt iPhone users away from an Apple Watch is yet to be seen, but it will certainly enhance the Android experience by putting lots of functionality on your wrist, giving you the best of the phone and watch worlds together.

That said, Huawei and Google are gunning for iPhone users to consider Huawei Watch 2, nothing that with its built-in application store, “Huawei Watch 2 can avoid the restrictions of iOS and allow users to install third-party faces and applications".” 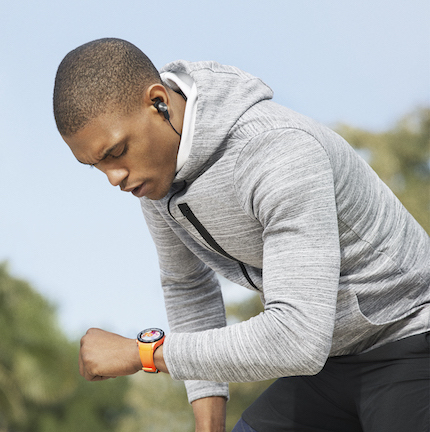 Then there’s Huawei stating its 'Watch 2 also benefits from the latest in mobile payment technology and Android Pay to make convenient and secure transactions possible'.

Well, for security purposes, Huawei assures that “the Huawei Watch 2 uses infrared and Cap sensors to identify whether the user is wearing it to ensure payment security. It locks itself automatically and disables the payment function when it is not on the user’s wrist".

Eric Zhai, managing director of Huawei’s Consumer Business Group in Australia, said: “Huawei strives to improve life through innovation and connectivity and the Huawei Watch 2 is a product of that work. As the internet of things becomes more fully realised, Smartphones and connected wearables will continue to bring benefit to people’s lives – from medical solutions to paying for public transport with a flick of your wrist.

“So, we are proud that the Huawei Watch 2 will be the first 4G SIM-enabled Watch on sale in Australia”.

Ian Walls, Vodafone Australia’s head of Devices said, “The Huawei Watch 2 is an innovative wearable that demonstrates how smart watches are evolving to suit people’s needs and lifestyles. We’re excited to be the exclusive Australian network operator for launch and look forward to announcing Vodafone’s plans for the Huawei Watch 2 soon.”

Clearly, we’ll have to watch this space for more information!

You’ll find info on the first Huawei Watch at Huawei Australia here, and this same location will presumably be updated on or by August 16 with all the latest Watch 2 details. 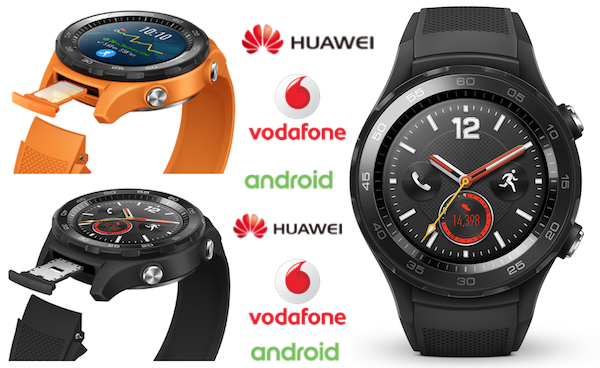 Here are the tech specs: 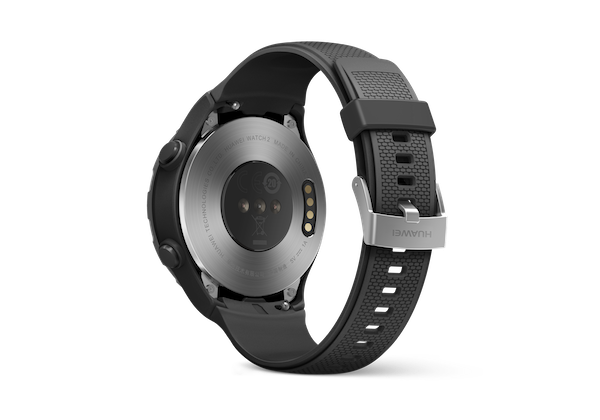 More in this category: « WIN THE FRAME: Samsung opening ‘The Frame Gallery’ in Pitt St Mall, 5 Aug to 1 Sept Jaybird lets you fly high with Spotify: run Spotify, run »
Share News tips for the iTWire Journalists? Your tip will be anonymous