Biometric authentication may replace passwords – meet ‘Windows Hello’ that can use an owners face, fingerprints, iris and possibly voice to unlock Windows and more.

It will also support Windows Passport feature allowing sign-in to third-party web sites. This means that hackers accessing passwords on servers or devices is a thing of the past.

"You -- uniquely you -- plus your device are the keys to your Windows experience, apps, data and even websites and services, not a random assortment of letters and numbers that are easily forgotten, hacked or written down and pinned to a bulletin board," Joe Belfiore, Microsoft's corporate VP of operating systems, wrote in a blog.

In the enterprise space Hello Windows and Passport will also will work with thousands of enterprise Azure Active Directory services at launch, and Microsoft has joined the FIDO (Fast Identity on-line) alliance to support replacing passwords with a growing set of financial, consumer, and other security services over time.  Windows 10 will also have industry-leading security and identity protection for enterprises, so they can deploy new Windows 10 devices with hardware necessary to use Windows Hello, enabling enterprise-grade protection of the device and more secure password-free authentication to enterprise line of business applications.

Windows 10 will release valuable disk space via a compressed OS and by eliminating the need for a separate recovery image – saving from 4-12GB. A complete install will be under 8GB. But it is also smart enough to selectively apply compression – for example if you have spare disk space and limited RAM and CPU power it will install uncompressed. Similarly, apps will be compressed.

The refresh and rebuild OS system found on Windows 8.x will now rebuild the OS in place and will incorporate any updates and patches you have previously downloaded.

“Windows 10 (for PC at least) will be available this (U.S.) summer” says Terry Myerson from Microsoft. That is an ambitious timetable especially as pundits felt it may be more like late 2015.

Windows 10 will support small footprint IoT devices - free - ranging from powerful, real-time ATMs and ultrasound machines, to resource constrained devices like gateways. Through key partnerships with the Raspberry Pi Foundation, Intel, Qualcomm and others, it will provide great options for commercial devices builders, hobbyists and students. It also supports Qualcomm’s DragonBoard 410C with integrated Wi-Fi, Bluetooth and GPS, and a smartphone-class Snapdragon 410 chipset. 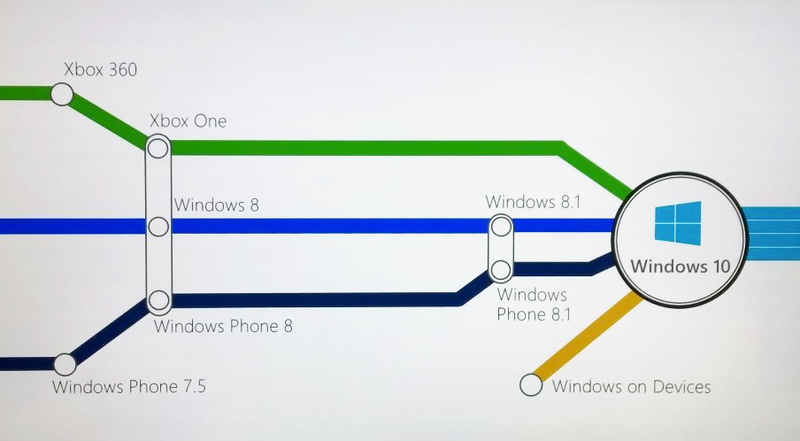 It appears that Windows 10 will be able to be set to receive updates from Windows servers or use P2P networking – a great idea that allows one PC to be updated and others (especially useful in large corporate environments) to update from it.

PayPal Here will now run on Windows 10 devices. Simply get the app and order a mobile card reader. This is initially for the US but will roll out to other markets soon. In essence, it offers SME’s and individuals access to on-line payment systems without tie in contracts required by many financial institutions.

Live Tile for the Photos app can now include OneDrive photos as well as local photos.  Performance improvements and support for RAW format files, which should be up to date with new major cameras.

Install Windows 10 on some Android smartphones

Microsoft’s work with Xiaomi and its Mi 4 Android smartphone apparently allows it to install Windows 10 Mobile. It is likely that manufacturers will need to release new firmware but indications are that Microsoft will develop and make available ‘ROMS’ for many popular smartphone devices. Initial reports are that it will not support dual boot to Android but some Windows Phone partners are developing this.

Apparently, the initiative was driven by the Chinese market that does not allow Google services to be used whereas Microsoft services are accessible. 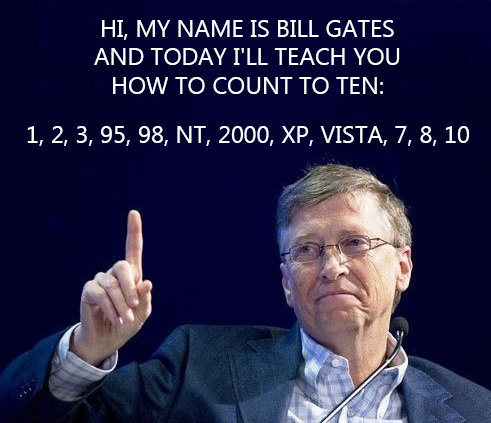 And even Pirates will get it for free

Microsoft will not check the validity of Windows 7 or 8.x installs before upgrading. It’s a ploy to get pirates into the Windows ecosystem and frankly it is giving away Windows 10 to many OEM’s so why not all.

Terry Myerson, who runs Microsoft's operating systems unit, announced the plan at a conference in Shenzhen, China, and indicated it was primarily designed to get legitimate software into that country. Recent studies show that in China three quarters of all PC software is unlicensed.

Microsoft has not commented on future ownership costs for Windows 10, 11, 12 … It is understood to be favouring an annual licence model with bundles including OneDrive, Office 365 and even Outlook mail hosting.

On the other hand, Apple make iOS and OS X updates available – providing the hardware can run it.

And the good news

MacWorld even ran a headline – ‘How Windows 10 is even more like Mac OS X’ - which proves the Windows Insider program has worked. Lets face it – Windows 10 is the big news of 2015. 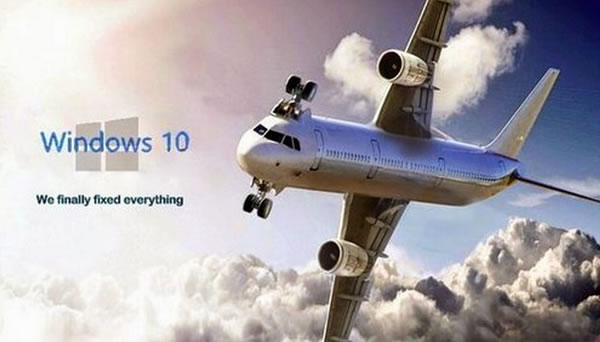