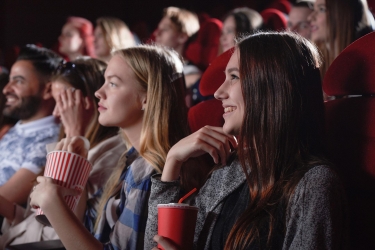 While big movie franchises have been a hit on the big screen, movies-turned-video games do not live up to their own hype, according to Mr Gamble.

Using rankings from IMDb and Metacritic as well as box office reviews, Mr Gamble has created a definitive ranking of biggest movie franchises, and whether their videogame counterparts were a success or a complete flop.

The Ghostbusters video game definitely spooked some fans
This supernatural horror-comedy centred around a group of eccentric scientists exploring paranormal activity in New York has been a cult favourite since its initial release in 1984.

Bagging an impressive £242 million ($417 million) at the box office across the world, the movie was a sure-fire hit.

However, its counterpart, Ghostbusters: The Video Game, only managed to collate a comparatively underwhelming £2 million ($3.4 million) in sales.

Avengers producers marvel in their £302 million ($521 million) box office hit
Another classic and fan favourite from the list, the Avengers franchise has managed to rake in billions of pounds, featuring unique storylines and some of the most famous superhero characters in the world.

One of the films in the franchise, Captain America: Super Soldier, launched an online slot game by Playtech and bagged over £9 million ($15.5 million) in sales as well as received an average review of 5.5 stars.

Creating a video game as iconic as the movie was a Mission Impossible
Despite being another cult classic for the last 25 years, Mission Impossible received a fairly low rating of 59 across Metacritic. However, the film was clearly a renowned success, generating an £373 million ($643 million) at the box office.

The films’ videogame counterparts, the Mission: Impossible game and slot game managed to secure a mere £28 million ($48 million) in sales (over 10x less than the movie), despite obtaining a rating of 6.6 stars.

This first appeared in the subscription newsletter CommsWire on 19 August 2022.