Valve admits it has "no idea" on Half-Life 3 Featured 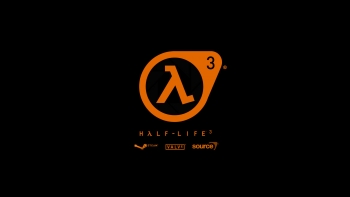 It's been a long nine years since the release of one of the greatest games of all time - Half-Life 2 - and now Valve has admitted it has "no idea" what's happening witha much anticipated sequel.

In what could be taken as a joke as part of a special year-end issue for Game Informer, various studios were asked to list their New Year’s Resolutions. Valve, the team behind the Half-Life series, didn't pull any punches.

“We promise to stop jerking fans around and admit we have no idea what we’re going to do for Half Life 3,” the company said.

For its part, fellow game developers DICE promised to not include anything from the prequel trilogy for Star Wars Battlefront.

Valve hasn't exactly been keeping quiet, with updates to Steam, the Steam Machine, SteamOS and a host of other games coming soon, but it's anyone's guess if we'll see Half-Life 3 next year, if ever. Back in October however an internal staff tool heavily suggested the game's existence, meaning we could be re-joining Gordon Freeman and co. sooner rather than later.

Check out the Game Informer excerpt below: 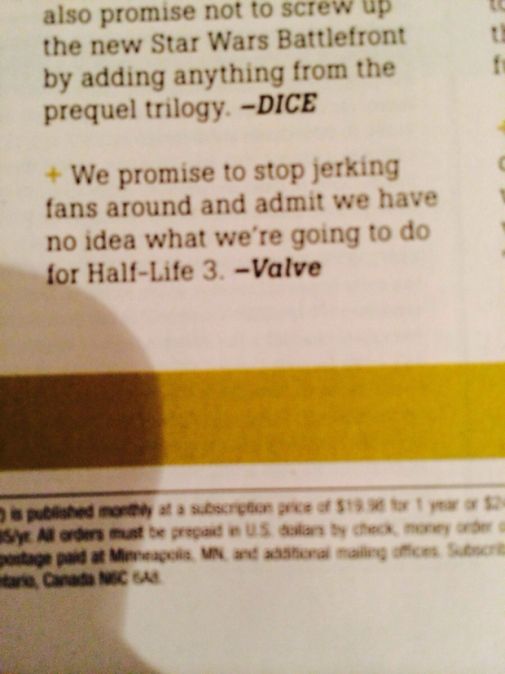 More in this category: « Humble Store starts its Winter sale GOG.com dealing with fallout from Fallout »
Share News tips for the iTWire Journalists? Your tip will be anonymous