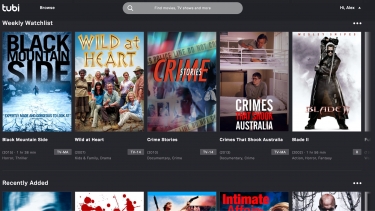 Tubi is billed as "the world's largest ad-supported video on demand service with over 20,000 movies and TV shows from nearly every major Hollywood studio" and is available to stream on more than 25 types of devices, with the company recording impressive growth over the last year.

Tubi.TV. It's a 100% legal place to get free movies and TV, with no subscription required (just free registration), and the promise of "fewer ads than cable".

A division of Fox Entertainment, it does feature a lot of older movies and TV shows rather than the very latest which you'll find on Netflix, Stan, Hulu, Disney+, Amazon Prime and others, but it's free to watch and that's a very big plus in its favour.

There's classic movies and TV shows that older folks will know and love, and which will be brand new to millennials who've never seen the shows before, or watched them when they were kids on TV and don't remember what they saw 20 years later.

However, we're not just talking about stuff from the 50s or 60s only, there's plenty of modern stuff from the last few years, there are even titles made in 2020!

With all this content, it's no surprise to hear the company announcing a record number of Monthly Active Users (MAU) and Total View Time (TVT) in 2020.

In August, Tubi’s MAU1 reached 33 million – which the company proudly boasts is "a new milestone and increase of 65% year-over-year".

Internationally, Tubi reports "record increases in all countries it operates. Year-over-year TVT rose by 95% in Canada, and 242% in Australia. The company launched operations in Mexico this past June and has seen 9x growth."

Farhad Massoudi, CEO of Tubi said: "Tubi’s surge in viewership is a testament to 2020 becoming the year of AVOD - (advertising-based video on demand).

"As we further grow our offering and capitalize on our partnership across FOX’s IP, we continue to develop a unique value proposition for many of today’s households seeking cost-free premium entertainment.” 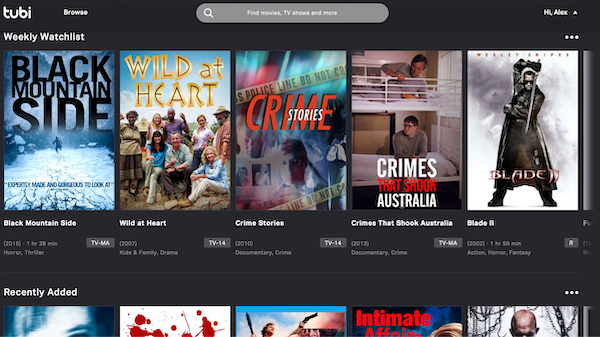