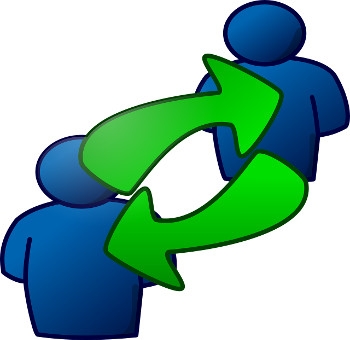 The peak body representing Internet users in Australia has described the Federal Court decision on blocking sites deemed to be disseminating copyrighted material without permission as being "more about PR than anything real in the fight against unlawful downloading".

Internet Australia chief executive Laurie Patton said: "Even the rights holders are talking about it being part of an 'education process'.

"Meanwhile, the costs of implementing this pointless scheme will no doubt flow on to honest content consumers in the form of increased Internet access fees."

The court on Thursday decided in favour of rights holders led by Foxtel and Village Roadshow against four telecommunications companies which were the respondents in the case: Telstra, Optus, M2 (now owned by Vocus Communications) and TPG.

The decision said five infringing sites — The Pirate Bay, Torrentz, TorrentHound, IsoHunt and SolarMovie — would have to be blocked by these companies which provide internet service to Australian residents. A number of other companies were also named, with the total number of companies being 29.

Internet Australia, a non-profit, has campaigned against site-blocking for quite some time.

Patton said The Pirate Bay had existed for a long time and was one of the biggest sites providing copyrighted material for download. "Despite concerted efforts by many countries to stop them they still exist. Why should we think site-blocking will work here when it has failed everywhere else?" he asked.

"It looks to us more like a publicity stunt. It only affects a handful of the hundreds of ISPs and there are plenty of ways to get around it".

He said international experience had shown that site-blocking was more effective as a PR stunt than a realistic solution. "You close them down and they reappear in no time on another site and/or with another name – it's called ‘whack-a-mole’. What's more, anyone with a modicum of technical knowledge can always find a way to access what they want, lawfully or unlawfully."

Patton said IA believed that the best way to reduce the incidence of unlawful downloading was to make content available and easily accessible at reasonable prices comparable with similar markets overseas.

"This view is supported by Prime Minister (Malcolm) Turnbull who said in 2015 that, 'Rights holders’ most powerful tool to combat online copyright infringement is making content accessible, timely, and affordable to consumers'," he pointed out.

He argued that it would be in the best interests of content creators "if we all accepted that the main reason why most people unlawfully download is that they can’t get what they want through legitimate channels.

"There is ample research evidence that people are willing to pay if they can get the content they’re after. Some surveys have shown that the people who 'pirate' are also among the most active legal downloaders."

Patton cited a recent report from the UK government’s Intellectual Property Office which had found that online copyright infringement was decreasing as Internet streaming services grew in popularity.

The report said: "The top factors that infringers said would encourage them to stop included making legal services cheaper (24%), if everything they wanted was available legally (20%), and if it was clearer what is legal and what is not (19%)"

Patton said in Australia a number of reports had noted a decline in "piracy" since Netflix and other streaming services came online.

"While we oppose the use of site-blocking, Internet Australia supports intellectual property rights and urges people to obtain their content lawfully," he added.

More in this category: « Dolby Atmos coming to Xbox One/S and Windows 10 Klipsch – 70 years of 'pissing off the neighbours' »
Share News tips for the iTWire Journalists? Your tip will be anonymous