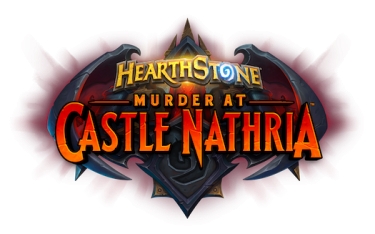 Hearthstone - the collectible card game set in the World of Warcraft universe - has a brand new expansion, Murder at Castle Nathria. Players can enjoy a new card type and a new keyword as they investigate a murder mystery.

Blizzard Entertainment's free-to-play Hearthstone collectible card game has a new expansion out today, Murder at Castle Nathria. Players will be embroiled in the murky mystery of poor Sire Denathrius who was murdered at his dinner party. Grab your magnifying glass and deerstalker hat because the expansion introduces 135 new cards including legendary suspects, a new card type, and a new keyword.

As always, the game is free-to-play with new cards purchasable from in-game gold, obtained by completing achievements and working through the rewards track, or by crafting cards. Cards can also be purchased for real money to accelerate your collection. In addition, a premium rewards track can be purchased which provides cosmetic benefits such as new character portraits.

For those new to the game, Hearthstone is a collectible card game akin to Magic, Pokemon, and others whereby you cleverly construct a deck of cards that work together to defeat your opponent. Cards can have whacky flow-on effects and the game blends skill, strategy, and humour. 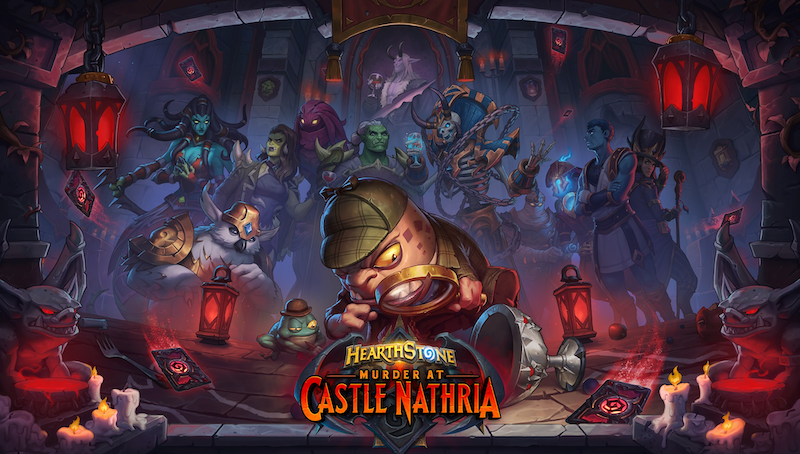 For those who have played before, the expansion includes a new card type, Location - locations are a feisty addition to the board that can be activated at the cost of durability with a cooldown of one turn between activations. They take up a slot on your board but enemies can't interact with your locations unless a card specifically states otherwise. Each class has a location in Murder at Castle Nathria that represents a potential crime scene, or alibi.

The new keyword, Infuse, drinks in the intoxicating anima surrendered whenever a friendly minion dies and mutate into mightier versions of themselves. Hold these cards in your hand until they're infused; the transformation will be visually signalled with new artwork.

Meanwhile, each of the ten classes has a new Legendary minion who was present at the time of the dastardly deed! Everybody is a suspect.

Give it a go! In fact, here's a fun Demon Hunter deck to try out which shouldn't prove any problem for even the most meagre of collections. See how far you can infuse Sire Denathrius for a masterful crushing final blow. He starts by doing five damage amongst enemies but can be endlessly infused. Can you get him to 44 damage, or higher, like the Redditor in this screenshot? 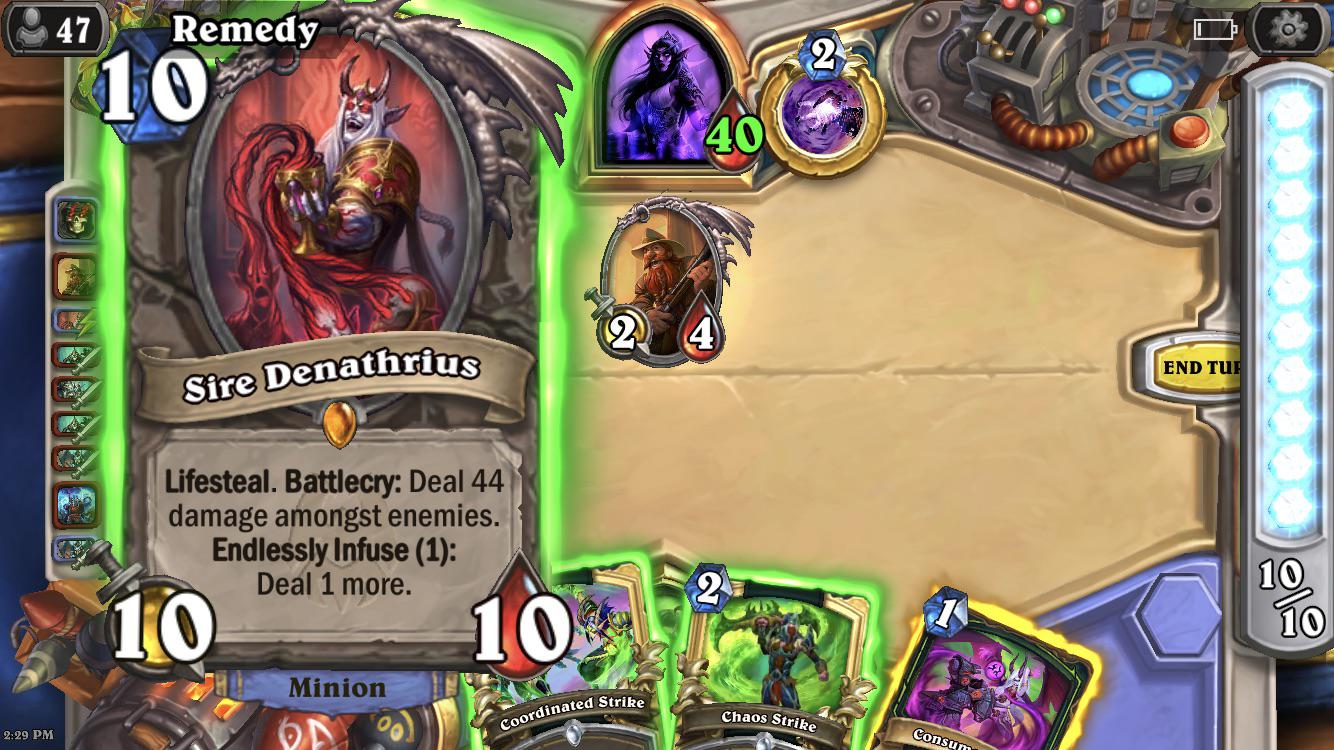 To check out all the cards, visit Blizzard's official page here and check out the legendaries here, including the one and only Murloc Holmes.

More in this category: « Six million households subscribe to at least one streaming service with Netflix as the top streaming provider, Kantar data shows Dominate Hearthstone's latest expansion with this epic giveaway »
Share News tips for the iTWire Journalists? Your tip will be anonymous