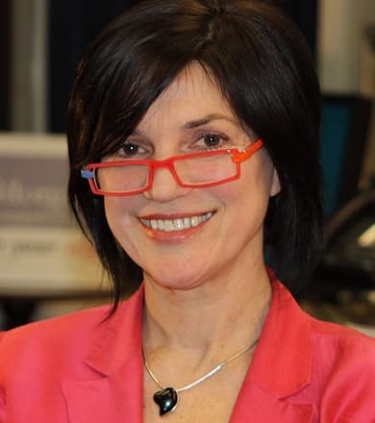 The research company ascribes the substantial growth in subscription TV audiences – more than a million additional viewers for each of Foxtel, Disney+ and Amazon Prime Video – to COVID-19 and the associated lockdowns.

Foxtel (including Foxtel Now, Binge and Kayo Sports) took second place after putting on an impressive 1.38 million viewers for a total of 7,130,000. That's an increase of 23.9%, with the strongest growth coming from Binge. But that's not surprising given that the service only launched in May 2020.

The two biggest winners during the COVID-19 pandemic have been Disney+ and Amazon Prime Video – both have more than tripled their viewership over the last two years – both up by more than 3 million viewers. 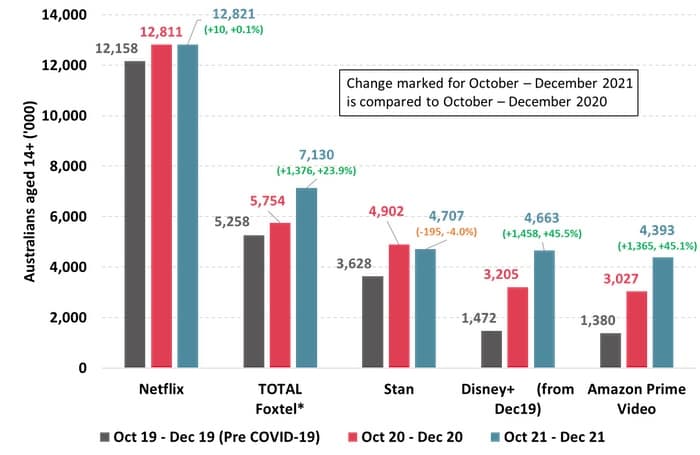 “Overall, 15.8 million Australians now watch subscription TV in an average four weeks, an increase of 387,000 (2.5%) on a year ago and up 650,000 (4.3%) on two years ago pre-pandemic. However, the big movements over the last two years have been with Foxtel, Disney+ and Amazon Prime Video which have substantially increased their viewership during the pandemic," said Roy Morgan CEO Michele Levine.

“Foxtel now has over 7.1 million viewers, up over 1.3 million (23.9%) from a year ago and up by almost 1.9 million (35.6%) from two years ago. The growth for Foxtel has been across all its platforms but has been strongest for the new Binge streaming subscription service, launched in May 2020, and Kayo Sports, launched in November 2018. Both new services have well over 1.5 million viewers already.

“Even more impressive has been the performance of Disney+ which launched just over two years ago in November 2019. Disney+ attracted around 1.5 million viewers within its first month and has since added nearly 3.2 million viewers (216.8%) over the last two years – largely during the COVID-19 pandemic.

“The big increases in viewers for newer services hasn’t been matched by the more established players. Although both Netflix and Stan added a significant number of new viewers in 2020 this momentum was not sustained in 2021. Over the past year Netflix viewership was virtually unchanged at 12.8 million while Stan, Disney+ and Amazon Prime Video are now almost tied for third position with 4.4-4.7 million viewers.

“The results of the last two years, and particularly over the last year, show that as competition intensifies in the subscription TV market the pressure grows to bring new content to market to provide new reasons for people to sign up, or continue subscribing.

“The large growth for newer services, even as the broader market grows much more slowly, shows that Australians are increasingly prepared to subscribe to multiple services. The average number of subscription TV services Australians use has increased from 1.8 in December 2019 to 2.7 today.”