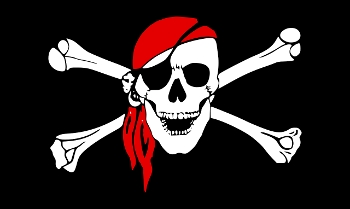 The Australian Government's pledge to extend safe harbour copyright provisions and consult on fair use has met with disapproval from the Motion Picture Association of America, a lobby group for film studios.

The Productivity Commission made several recommendations around copyright law to the government last year, as part of a report on intellectual property arrangements.

It suggested allowing the use of VPNs to allow Australians to bypass geo-blocking and called for fair-use exceptions and the expansion of safe harbour provisions for online services.

In its response, the government described existing restrictions on fair use as restrictive and said that in some cases bypassing geo-blocking was warranted.

But the MPAA was unhappy with both the Productivity Commission's recommendations and the government's reaction. In its 2018 National Trade Estimate Report on Foreign Trade Barriers, presented to the US Government on 25 October, the organisation described the Productivity Commission's recommendations as exhibiting " a breathtaking lack of understanding of longstanding international norms and the importance of copyright to Australia’s creative industries".

None of the Productivity Commission's recommendations met with even a shred of approval from the MPAA. "If the Commission’s recommendations were adopted, they could result in legislative changes that undermine the current balance of protection in Australia," the organisation said.

"These changes could create significant market uncertainty and effectively weaken Australia’s infrastructure for intellectual property protection. Of concern is a proposal to introduce a vague and undefined 'fair use' exception unmoored from decades of precedent in the United States.

"Another proposal would expand Australia’s safe harbour regime in piecemeal fashion. Still another would allow circumvention of geo-blocking and other technological protection measures."

The MPAA document, which was issued in the name of its chief executive, Charles Rivkin, recommended that Australia should adopt anti-camcording legislation. "While illegal copying is a violation of the Copyright Act, more meaningful deterrent penalties are required. For instance, in August 2012, a camcording perpetrator was convicted for illicitly recording 14 audio captures, many of which were internationally distributed through his affiliation with a notorious release group," it pointed out.

"His fine was a non-deterrent A$2000 (US$1600). Such low penalties fail to reflect the devastating impact that this crime has on the film industry."

The MPAA said Australia was a key violator of online copyright. "Australia maintains one of the region's highest rates of per capita online infringement of MPAA member company films," it noted.

"Rampant online piracy" was also a concern to the MPAA in New Zealand. It said that set-top boxes with pre-installed applications "allowing consumers to stream unauthorised live TV channels or VOD content into homes via an Internet connection" had boomed in popularity in the last year.

It also frowned on the availability of blank media boxes. "In addition, blank media boxes, which permit the installation of third-party, post-purchase applications, are especially problematic for the authorities’ enforcement efforts. MPAA urges the (New Zealand) Government to enact legislation to deal with this increasingly threatening form of piracy," the organisation advised.