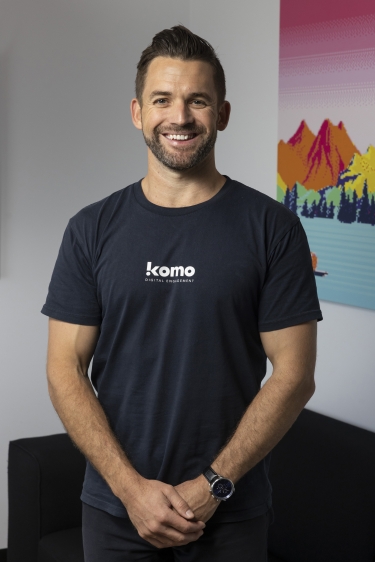 SaaS platform Komo will deliver an official digital fan hub for the 2022 Australian Commonwealth Games Team who will be competing at the Birmingham 2022 Common Wealth Games from 28 July to 8 August.

The digital fan hub promises a fan-first experience for users and has been activated in the countdown to the Games opening, with ongoing opportunities for fans to engage in the lead up to the games and beyond.

It will feature a countdown to the games campaign incorporating rich media tools, interactive content, games, and prizes.

“Working closely in partnership with the Commonwealth Games Australia, Komo is adding a new digital dimension to supporting the 2022 Australian Commonwealth Games that will provide a fresh and enticing experience for fans as the team competes in Birmingham. It is all about creating engagement between the team and the Australian community and the Komo platform makes that easy, by enhancing the fan experience,” says Steel.

“We have placed a significant focus on driving digital experiences over the last two years, particularly when it comes to fan engagement and retention so it was important for us to partner with a company that is best in class. That is certainly what we have found in the team at Komo,” Thompson says.

More in this category: « Movie Frenzy returns with a selection of blockbuster hits for movie buffs
Share News tips for the iTWire Journalists? Your tip will be anonymous