0
Shares
By Mike Bantick
SEGA has unveiled the various flavours fans can get hold of Total War: Shogun 2 when it is released early next year.  There will be four to choose from including the Grand Master Edition which includes a full-size chess set.


So Grasshopper, let me tell you the ways your enemy will entice you into their fold.  First they produce an excellent pedigree of games, then, when announcing their new release, they tempt you with collector's edition packages. 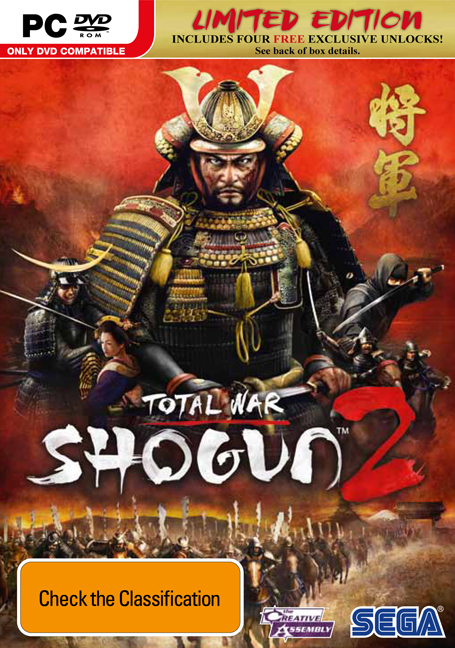 More in this category: « Edifier breathes new life into stylish iPod/iPhone docks L.A. Noire The Tech Behind Performance video »
Share News tips for the iTWire Journalists? Your tip will be anonymous