How to watch the 2018 Melbourne Cup live online, TV, Twitter and apps 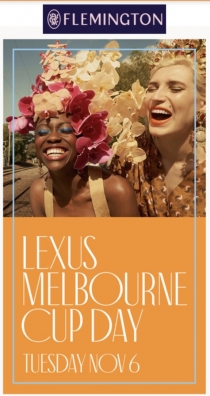 The Melbourne Cup is the race that stops the nation, and watching online is a great alternative to watching on TV, so what are your options?

Ok, so you can watch the Melbourne Cup on Channel 7 at 3pm AEDT, 2.30pm Adelaide, 2pm in Brisbane and midday in Perth on 6 November, while Foxtel will also be broadcasting the race at those times on Sky Channel 519.

If you are a Foxtel subscriber and have access to Foxtel Go, you can watch it on Sky Channel 519 too, but that same channel isn't listed on Foxtel Now.

Channel 7 also has its 7Plus website, and it has the 7Plus and 7Sports apps on iOS and Android, and once you've signed up for a free account, you can stream it live from those locations, too.

Next year Channel 10 gets the broadcast rights, but in 2018, it's still Channel 7 all the way.

If you're in Australia, Twitter users will also be able to live stream the marquee races of Kennedy Oaks Day, and Emirates Stakes Day.

Twitter promises "extended social coverage on @7horseracing will complement broadcast, capturing the best of the racing action and all of the colour and features from around Flemington."

The company also says that "@7horseracing will also be the home of three new social shows: the Form Study Friday with Francesca Cumani and Jason Richardson; Armchair Experts – Horse Racing edition; and the Social Show hosted by Byron Cooke."

If you're a fan of betting apps and sites, then you can also watch live via Racing.com, Ladbrokes, SportsBet and BetEasy.

So, there are plenty of ways to watch the race that won't break the Internet, but will stop the nation from 3PM AEDT, so may your flutters be fortunate whether you're in Melbourne, an office cup sweep, an afternoon function or watching whichever way takes your fancy.

Finally, as Luke Skywalker never said – May the horse be with you!