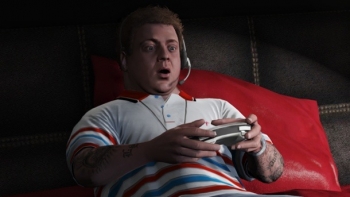 Grand Theft Auto V is currently the sixth highest selling video game of all time and it is set to sell a whole heap of additional copies come November, when it's expected to get a next-generation release for PC, Xbox One and Playstation 4.

Gaming news website IGN has reported a retail listing claims GTA V, which has sold about 34 million copies worldwide, will hit the PC, Xbox One and Playstation 4 18 November 18.

Similar leaks have also put the title as hitting shelves in November. For its part, the game's developer Rockstar refuted recent rumours the game was set to be delayed till next year.

The company confirmed to a fan that the PC version was still on schedule, replying to their query: "I’m also looking forward to the PC release, however this release date has not changed.

This release date has not changed."

Expected improvements include graphic enhancements, and the ability to modify the game in the case of the PC version.

More content is also expected in the form of additional or revised radio stations.

Model Cara Delevingne, who voices the DJ on Non-Stop Pop FM, recently revealed on her Instagram account that she had recorded new material for the game.

"Back with @rockstargames to update my GTAV radio station Non Stop Pop FM for new versions coming this Fall", she wrote.

Fans have been waiting for a PC version of the game for about a year since the game was first released, with some PC diehards creating a petition last year to bring the game to that platform.

They succeeded, and it looks like we'll finally see Trevor, Michael and Franklin hit PCs in about two months time.

More in this category: « Streaming closing in on traditional TV Half a billion U2 albums - Apple's gift to iTunes users »
Share News tips for the iTWire Journalists? Your tip will be anonymous