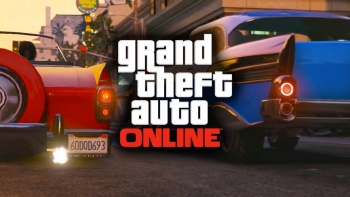 Rockstar has announced the details of in-game purchases for the online portion of its hugely popular GTA V.

The news comes from tech news sources Gamepur, which said Rockstar quietly released the new downloadable contents following the 1.05 title update for PS3 and Xbox 360 a couple of days ago.

The update means players will be able to spend real money to buy in-game cash in Grand Theft Auto Online (all prices are in US dollars).

Rockstar previously made the cash card DLC available when the multiplayer mode of GTA V was activated on 1 October, however, it was forced to remove the listings from the in-game store as many players were experiencing issues including disappearing cars and characters.

As a result Rockstar compensated players recently, depositing $500,000 in every account as a 'stimulus package.'

The publisher has also just released its official strategy guide for Grand Theft Auto V, available for download on iPad now for $4.99.

The app is based on the GTA V Signature Series Guide from BradyGames and features an interactive map with all of the collectibles noted, including Spaceship Parts and Hidden Packages.

The guide also notes where you can find all the Stunt Jumps and Aerial Challenges, and each mission in the game also gets a full walkthrough. You can check it out here.

GTA V broke sales records upon its release in September, selling US$800 million in its first day alone.