Gaming hardware market in 1Q2019 dull due to inventory issues 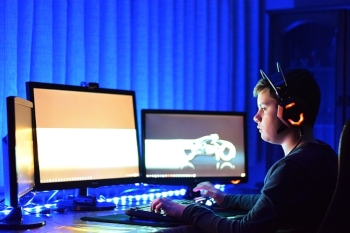 Image by ExplorerBob from Pixabay

Global shipments of gaming desktops and notebooks fell by 6.2% in the first quarter of 2019, with 7.5 million units shipped, the analyst firm IDC says, putting this drop down to inventory issues.

Shipments of gaming monitors, however, grew by 48.6%, IDC said in a statement, quoting figures from its Worldwide Quarterly Gaming Tracker.

A total of 3.5 million gaming desktops were shipped, 10.6% less than in the first quarter of 2018, with the drop attributed to an oversupply of GPUs which resulted in more upgrades than replacements. Economic headwinds in China also contributed to this drop.

Shipments of gaming notebooks fell by 2% year-on-year, with many new games waiting for models with new GPUs to be released.

IDC said the top five companies for gaming PCs during the quarter were HP, Lenovo, Dell, ASUS, and Acer and they captured 62.9% of the market, up from 58.4% last year.

"Despite the recent downturn in the gaming PC market, we anticipate a rebound in the second half of the year as inventory issues clear out and new products hit store shelves," said Jitesh Ubrani, research manager for IDC's Mobile Device Trackers.

"To date, uptake of Nvidia's RTX graphics cards has been relatively slow given the dearth of content. However, that's expected to change in the coming year as many of the AAA titles will support ray tracing, enticing gamers to purchase newer systems."

"Growth in mid-priced systems is also expected to push the market forward and that's where new CPUs and GPUs from AMD are expected to shine.

"AMD's resurgence in the PC market is also expected to carry over into the gaming market as the company's technology investments from recent years are finally coming to fruition and offering both Intel and Nvidia some serious competition when it comes to performance per dollar."

IDC predicted that the full-year 2019 would see 7.3% to 41.5 million units and the rise of eSports, new business models and growth in the number of video games would drive the market upwards to 55.3 million units by 2023.

More in this category: « Triton Digital snaps up Melbourne's Omny Studio Cash to the fore when it comes to splitting bills: claim »
Share News tips for the iTWire Journalists? Your tip will be anonymous