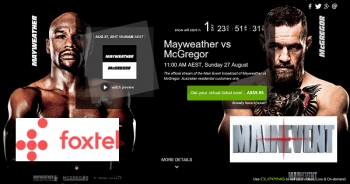 With now less than 48 hours to go until the opening bell, Foxtel reminds us again of its own PPV Channel 521 and the Main Event website where you can pay to stream.

We’re told “the trash talk is over” and it’s now “down to business as Floyd Mayweather Jr. and Conor McGregor” as they get to to enter the ring in less than 48 hours for the most hotly anticipated event in boxing.

Of course, when the PPV event starts at 11am, there will be three fights before the big match between Mayweather v McGregor, but as any PPV boxing fan would know, that’s how it always is.

So, Foxtel has come to reminding fans that “there is an unprecedented level of demand around this bout, and encourages subscribers to order soon to get in on this must-see match of the year".

Presumably hoping to avoid a repeat of the situation that happened around Game of Thrones Season 7 Episode 1, we suspect Foxtel’s warning is more about ensuring maximum sales for the match, but hey, that must be why it’s called pay TV.

In case you’ve been living under a rock and this is the first time you’ve heard of the fight, or you’re a space alien and this is the first article you happen to be reading about creatures from planet Earth, “Floyd Mayweather Jr. is looking to confirm his place as the greatest pound-for-pound boxer in history as he comes out of retirement to take on UFC’s most recognised talent and reigning UFC lightweight champion, Conor McGregor".

Foxtel excitedly tells us that “the mega bout will be available for broadcast to Foxtel subscribers LIVE on Foxtel’s MAIN EVENT and can be streamed to anyone with an internet connection via mainevent.com.au using Microsoft Windows, Apple Mac or Linux OS or on tablets including Google Android devices and Apple iPad or iPhone devices".

Foxtel customers can order at mainevent.com.au or book through the MyFoxtel.app. The fight is also available to order via Foxtel remote on iQ3 and iQ2.

The complete undercard beyond the two main men includes:

Stream at mainevent.com.au or watch LIVE on Foxtel’s MAIN EVENT Channel 521 for the Pay-per-view price of $59.95 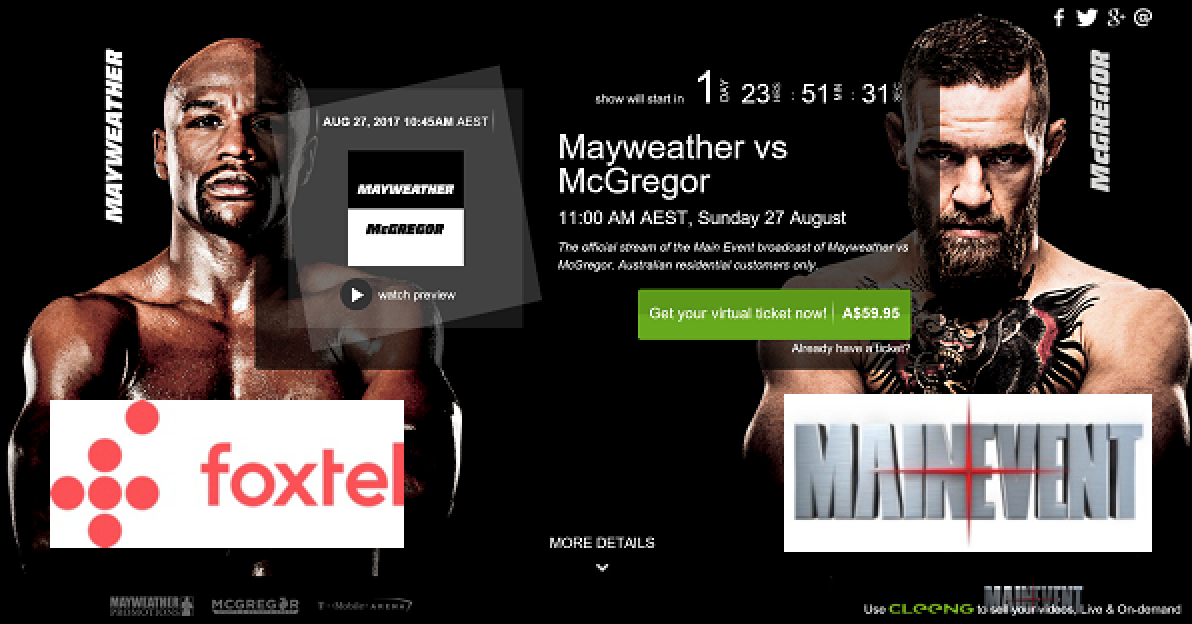 More in this category: « Foxtel and Brightcove bringing PPV Mayweather-McGregor to online users Listen up! Sony wants you to play with its Tower of Power »
Share News tips for the iTWire Journalists? Your tip will be anonymous