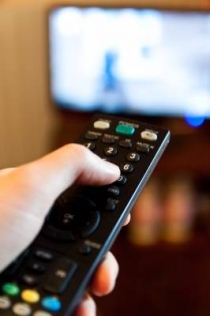 Australian consumers are catching on to Catch-Up TV in record numbers, with new research findings revealing the take up of smart TV’s and devices like Apple TV and Chromecast, are “revolutionising” the way viewers watch content.

The research by advertising media agency The Media Precinct shows Catch-Up TV or broadcast video on demand is gaining in popularity and the audience is "very engaged and attentive to advertising".

Key findings of the research from a poll of 2,000 people include:

The research also showed the 7pm to 11pm slot remained a key period for Catch-Up TV services, with more than 40% of people nominating these times as their preferred opportunity to watch a favourite show, drama or sport.

“We are seeing much higher penetration from Catch-Up TV, due in large part to the internet connected smart TVs and devices that come pre-programmed with all the Catch-Up TV apps ready to go,” The Media Precinct’s Digital Planning director Sam Kerr said.

“The simplicity of the apps and ease of use has seen a real uptake and as a result the big screen in the house is changing but is still a clear favourite.

“The networks are now looking at ways to evolve their Catch-Up TV offerings over and above the current on-demand programming model, to more of a Netflix style proposition, with incentives like exclusive programming and full season drops.

“Millennials and the segments of Gen Z are the big drivers of this uptake so; media companies and advertisers need to think about how they can leverage Catch-Up TV and tailor specific content and messages to this growing audience.”

According to The Media Precinct’s head of trading, Lee Davis, the consistent growth of Catch-Up TV “cannot be ignored and must be considered part of the marketing mix for advertisers as television advertising enters the digital age”.

“Because Catch-Up TV viewers have chosen what to watch and when, they are highly engaged and more receptive to advertising in contrast to the cluttered ad environment of traditional TV.

“Catch-Up TV is often consumed by more than one person when watching via connected/SMART TV in the evening, so there is a bigger opportunity to reach more people on the biggest screen in the house through Catch-Up TV.”

Davis says “overlaying location and time-based targeting with interchangeable messaging can be extremely effective, ensuring advertisers are connecting with the right audience, at the right time, with the right message, greatly improving the cost efficiency of Catch-Up TV”.

“In comparison to traditional TV, there is a much lower point of entry for advertisers on Catch-Up TV who wish to align their brand with premium content such as Masterchef, The Project, Insight & The Handmaid’s Tale.

“The consistent year-on-year growth of Catch-Up TV, combined with the technological advancements in location and audience-based targeting makes Catch-Up TV very hard to ignore in the marketing mix.

The Media Precinct poll found 7 out of 10 people currently watch Catch-Up TV and anticipate watching again in the future.

Davis says the research showed that the most popular programs viewed in Catch-Up TV are popular dramas like the Handmaid's Tale along with news, sports and documentaries are all popular as well as blockbuster reality shows like Masterchef, The Voice and The Block.