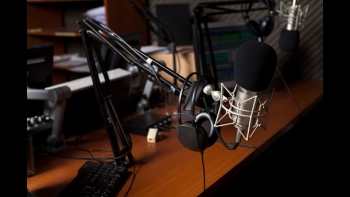 The Australian Communications and Media Authority has renewed 148 of 150 community broadcasting licences assessed in the last financial year.

Community broadcasting licences must be renewed every five years and the number assessed by the ACMA in the last year represents more than 40% of the total 360 long-term licences in Australia.

“To ensure that community licensees operate as intended, they must comply with legislation that requires them to involve members of their licence area community in the operations of the service and in the selection and provision of programs. On rare occasions, licences will not be renewed.”

The only two declined applications were 2VTR in the Windsor area of New South Wales and 4MIG in Mount Isa, Queensland.

“A decision not to renew a licence is not made lightly,’ Richard Bean said. ‘Where a licensee is struggling to provide the service or to comply with the rules, the ACMA first works to assist the licensee to improve. These are, after all, not-for-profit, volunteer-run services. However, where compliance problems persist over a prolonged period, the ACMA will act to make licences available to others.”

In a statement released on Monday, the ACMA said the 2VTR licence, held by Hawkesbury Radio Communications Co-operative Society, was not renewed following 2VTR’s “continued non-compliance with the community participation licence condition”.

“The compliance issues went unresolved despite informal and formal enforcement action  taken by the ACMA over a lengthy period.”

The ACMA also declined to renew the 4MIG licence, held by Mount Isa Christian Broadcasters Association, which it said was unable to muster the resources to meet the needs of the community in its licence area.

The two licences not renewed expire at the end of their current terms — 11 September in the case of 4MIG and 3 October for 2VTR — and both licences will then be advertised and made available for temporary community broadcasting by the ACMA.

More in this category: « Listen up! Sony wants you to play with its Tower of Power CBS swoops on Channel 10 ahead of Murdoch and Gordon »
Share News tips for the iTWire Journalists? Your tip will be anonymous