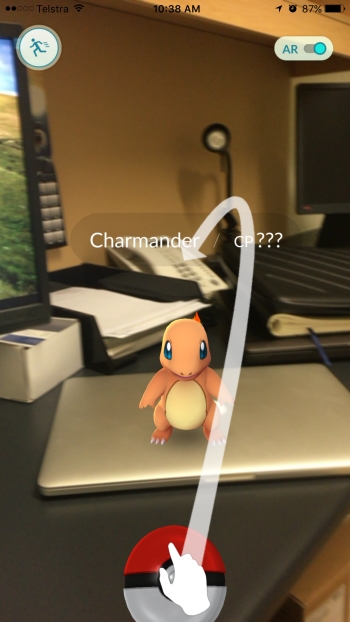 Niantic Labs has considerable experience in this field, having run its successful Ingress game for three years. As with Pokemon Go, Ingress is a smartphone-augmented reality game where players wander the streets, or hills and mountains, seeking portals to capture. These portals are real-world locations of interest, with some exceptions – for example, schools cannot be portals, presumably to avoid people loitering where they shouldn't. There is a back story to Ingress, something about aliens and mind units, but for most people, it comes down to an arbitrary choice of blue vs. green team.

Ingress has brought many hundreds of thousands together for trekking, planning and even mass events known as anomalies. This author has climbed Alum Mountain in Buladelah (292m above sea level), traversed the Newcastle foreshore breakwater at night, zig-zagged through downtown San Jose, and generally walked several hundred kilometres on foot while playing this game. It's a game which quite literally boasts real-world scenery as its graphics, and that encourages activity.

As with Ingress, Pokemon Go requires a GPS and data connection, encouraging players to physically move and explore their surroundings – even more so, given certain Pokemon can only be found at particular locations. Go near the ocean, for instance, to find water-type Pokemon.

As with Ingress, there is a story and there are teams, but this time around there are three teams: red, blue and yellow.

As with Ingress, you don't need to spend a cent. Ingress only recently provided in-game purchase options while Pokemon Go provides them from the beginning. These purchases are not mandatory and, while they can provide a time-saving, they do not ultimately give any player an advantage over a non-paying player.

The game is available now, and playable immediately. Players will find a Pokemon near them and can venture further afield to discover more. Visit a Pokestop (which, conveniently, are Ingress portals) to gain loot like extra Pokeballs. Explore rustling grass to discover and capture wild Pokemon. Visit a Pokegym and leave your Pokemon there to defend it from the other teams.

In time, Niantic Labs states it will add more features such as trading, a core concept within the Pokemon franchise.

Expected to arrive later this month are Pokemon Go Plus wearables that connect to your phone via Bluetooth and buzz when a Pokemon is nearby. Press the button and later find out what you caught. This allows people to safely play the game even when they cannot look at their phone screen, as well as minimise some battery drain.

At heart, Pokemon Go is a game. However, it is also more than this. It is the combination of a popular franchise with the tech of augmented reality and the motivation to get up out of your chair, leave your front door and patrol your neighbourhood. I see it as something for parents and children to play together, planning expeditions down the road, to the beach, and up a mountain. This is where I find it a great title, even if it requires that I find a solution to the logistic problem of providing data to children's WiFi-only tablets.

Download Pokemon Go from the Apple App Store or from the Google Play store. 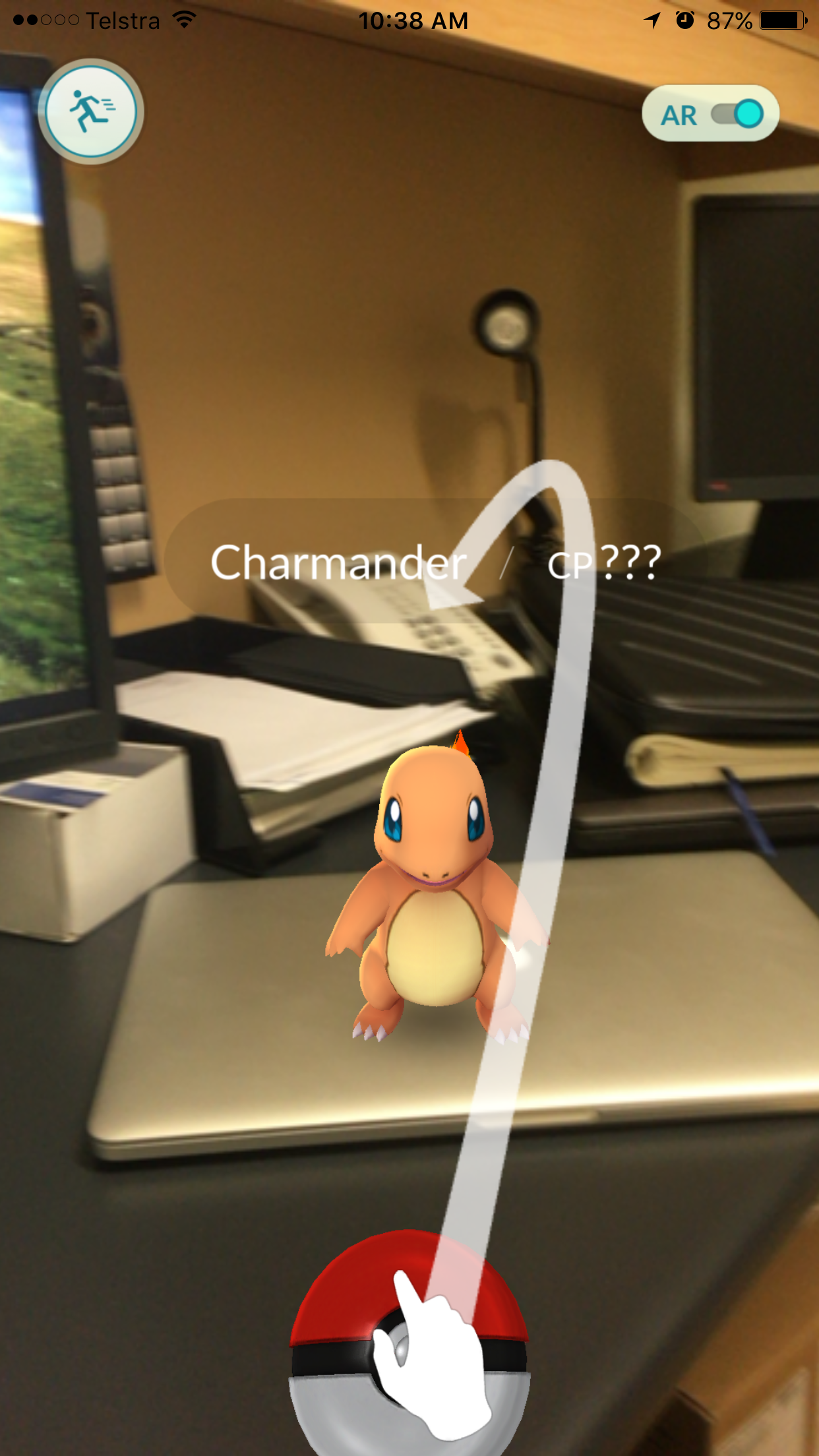 More in this category: « LG X-Boom raises the roof with 600W RMS 'Horse-race polling' not ABC mandate »
Share News tips for the iTWire Journalists? Your tip will be anonymous