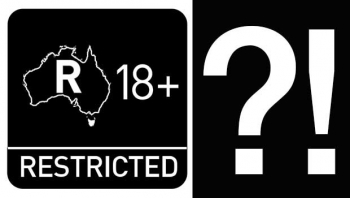 The Interactive Games & Entertainment Association has labelled the call to review the classification of a number of  video games currently on the Australian market as a waste of time and tax-payers money, a move that could cost over $330,000.

A number of years ago, the then South Australian Attorney-General Michael Atkinson was a high profile opponent to the introduction of an R18+ Classification for video games.  It seems that a small part of Atkinson’s legacy remains with current AG John Rau suggesting that there is still work to do in this area.

Late in September Rau said:  "It is concerning to me, particularly as a parent, when I see that 13 games have been released in Australia as MA15+ whilst exactly the same game attracts up to an R18+ classification overseas,"

"These particular games have been assessed as having intense violence, blood and gore, nudity and suggestive themes." Said Rau

The games in question include:

In response Ron Curry, CEO of the Interactive Games & Entertainment Association (iGEA) has expressed shock over what the association sees as an unwarranted and costly review of games that have been through the agreed process.

“Most people don’t realise that before a video game lands on a store shelf, it has already been rigorously examined against a set of guidelines set out by our Government.  In fact, Australia is one of the few developed nations to have classification guidelines determined by Government.”
“Not only have these games already been examined against stringent guidelines, we also haven’t heard of any formal complaints made by parents or adults who think the video games are wrongly classified.  The review is an unwarranted and costly exercise to satisfy a vocal yet unrepresentative minority,” said Curry.

Curry points to the fact that direct comparison to the result of overseas classification does not take into consideration the Australian system’s process.

“The video games were singled out as they received different ratings in Australia compared to the ratings received in the US and Europe, but we need to realise each classification scheme is structured differently and takes into account cultural differences. When compared to New Zealand, most of these titles received comparable classifications.” Curry said.

“In addition, the Entertainment Software Rating Board (ESRB) in the US does not have an equivalent to Australia’s MA15+ rating.  Any game that is considered to be for a mature teen will automatically receive a ‘Mature 17+ rating,” said Curry. “For all titles requiring review, none have received the highest classification in the US, their AO (18+ only) determination.”

Curry goes on to state, “This is an example highlighted by the Australian Law Reform Commission of the dysfunctional nature of Australia’s classification system. Like the ALRC, IGEA calls for the urgent modernising and nationalising of content classification in Australia.”

According to the iGEA if the review was enforced each video game will be examined by the statutory independent body Classification Review Board – an exercise usually worth, approximately $28,000 per decision which would equate to a total of $336,000 for 12 video games.

More in this category: « Steam sale details leaked World of Warcraft: Warlords of Draenor announced »
Share News tips for the iTWire Journalists? Your tip will be anonymous