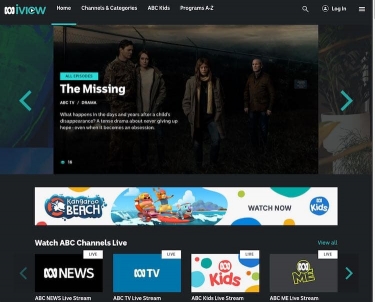 8.6 million Australians (40.6% of the 14 and over population) now view at least one of these services in an average four weeks.

ABC iView remains the market leader with 5.13 million viewers, up 2.12 million from a year ago.

SBS On Demand is in second place, viewed by an average of 4.08 million Australians, up 1.49 million from a year ago.

But the three traditional commercial broadcasters – Seven, Nine and Ten – have all more than doubled their viewership.

9Now isn't far behind with 2.49 million Australian viewers, up 1.25 million on a year ago. 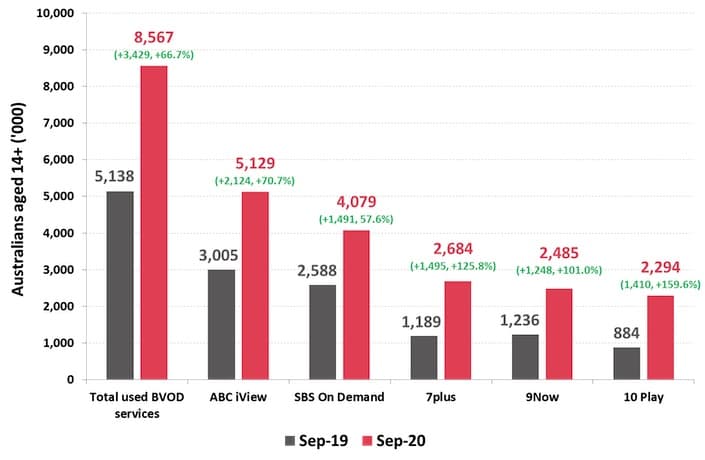 The data comes from Roy Morgan's ongoing surveys of more than 50,000 Australians each year.

"Almost 8.6 million Australians are now watching at least one of the video on demand services offered by Australia's free-to-air broadcasters the ABC, SBS and the leading commercial channels 7, 9 & 10 – growth of nearly 3.5 million (+66.7%) on 2019," she said.

"This growth for broadcast video on demand is faster (and larger) than experienced by subscription TV over the same period which was up 2.4 million (+16.2%) on 2019 to 17.3 million.

"It's true that the overall audience for subscription TV is about twice the size but the results over the last year show that Australians are increasingly discovering there are free alternatives to paying a monthly fee to providers such as Netflix, Foxtel, Stan, Amazon or Disney."

Levine added "Although they've been later to enter the market the leading commercial channels are making big inroads. 7Plus leads with nearly 2.7 million viewers ahead of 9Now on 2.5 million and 10 Play on 2.3 million.

"All three networks have more than doubled the number of people watching their video on demand services over the last year which provide easy access to programs already shown on their multiple broadcast channels as well as additional content not shown on the regular channels."

More in this category: « BIGO Awards Gala 2021 celebrated overnight the resilience and creativity of live streaming broadcasters Apple extends credit to Apple TV+ subscribers through June »
Share News tips for the iTWire Journalists? Your tip will be anonymous