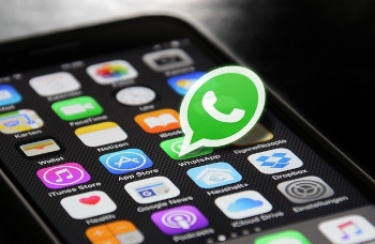 Image by HeikoAL from Pixabay

The Facebook-owned messaging platform WhatsApp has added an extra layer of security to the app which offers its two billion users end-to-end encrypted messaging.

In a statement issued on Thursday, WhatsApp said from now on, it would provide a means for people to back up their chats, so that they would have access to them even if they lost their mobile devices.

The company said this would be done by offering an extra, optional layer of security to protect back-ups stored on Google Drive or iCloud with end-to-end encryption.

Normally, WhatsApp messages are stored on device itself. But soon, users would be able to secure their end-to-end encrypted back-ups with either a password of their choice or else a 64-bit encryption key known only to the user.

"Neither WhatsApp nor your back-up service provider will be able to read your back-ups or access the key required to unlock it," the company said.

The feature is to be rolled out to those who are using the latest version of WhatsApp.

The way to use the end-to-end encrypted back-ups is outlined here for iOS and Android users. For the nerds, there is information here on how the feature was built.

More in this category: « Apple updates iWork suite of Keynote, Pages and Numbers with new features, including enhanced remote presentations Brave browser ditches Google as default search engine »
Share News tips for the iTWire Journalists? Your tip will be anonymous