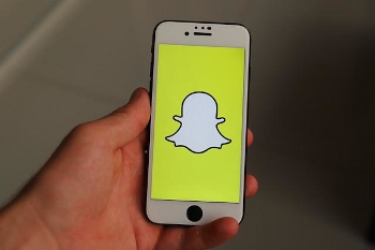 Image by MrJayW from Pixabay

But, perhaps guided by the example of Twitter, there will be no free-for-all. Instead there will be moderation, first by the company, and then by the user, before anything is allowed to be seen on the platform.

The new feature [screenshot below, right] has begun testing in New Zealand since Thursday and the trial will be extended to Australian users on 27 June.

Spotlight was added to Snapchat in November 2020, as some kind of response to the gains that TikTok had been making. It is a new tab in the app that shows short-form video content, up to 60 seconds.

Responses to these posts will be first moderated by AI, to ensure that they adhere to Snapchat's community guidelines.

After that, responses that pass the test will be sent on to the creators to decide what to share. There will be confidential in-app reporting to protect minors from exposure to any unsavoury material.

Asked whether the double moderation process would not remove the immediacy that is a notable part of instant messaging, a spokesperson said moderation had been present on Spotlight since it was launched.

"Moderation has been a part of Spotlight since its inception," the spokesperson said. "We moderate all content before it can be viewed on Spotlight to make sure it adheres to our community guidelines. The same can now be said for Spotlight Replies.

"By building privacy and safety into the product design, and by now giving creators control of their replies, we believe we have created a distinctly unique experience for our community.

"Our product also helps us address one of the key problems on other platforms: that the top comments are negative or hateful in nature."

If a creator or another viewer sees something that appeared to be inappropriate, they would be able to report that reply.

"Those reports will be reviewed by humans," the spokesperson added. "Our library includes more than 4000 words covering different abuse categories like controlled substances, harassment, hate speech and sexually explicit content – and we are always adding to this list.

"Our library currently supports 34 languages and we will continue to add more."

More in this category: « Cisco AppDynamics: Australians use a total of 22 apps when travelling Sygic reinforces driver safety with new features »
Share News tips for the iTWire Journalists? Your tip will be anonymous