Simple reminders can save thousands per year: GetReminded 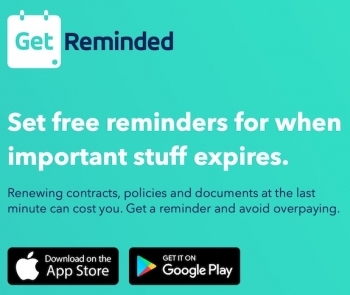 Memory is reliably fallible, and so few of us enjoy photographic memories. Reminder apps exist, but a new free Aussie app for iOS and Android has arrived to tie digital strings around the virtual fingers of your cloud-enabled mind's eye.

Ok, so my introduction uses a bit of poetic licence to paint what may or may not be memorable word pictures, but whether my prose is or isn't forgettable, there's hope you will remember that getting reminded can avoid painful memories of regret over forgotten renewals for a range of things in our modern world.

You see, as Silje Dreyer, co-founder of GetReminded, reminds us, “many people are caught in a financial fog – not knowing when contracts expire for essential services like electricity, phone and the internet, resulting in overpayment".

Thus, the free GetReminded app for iOS and Android smartphones "enables users to set reminders for when it’s time to renew contracts, policies and documents to avoid leaving it to the last minute and overpaying".

So, what other kind of reminders are we talking about? Happily, I can easily jog your memory.

Over at the GetReminded FAQ page https://www.getreminded.com/faq/, we're told that besides custom reminders that you can set up, traditional reminders include the following:

“This could be slashed by thousands of dollars a year by simply knowing when your service contracts expire - knowing what you are paying and how long for.

“On average people are saving $433 a year on their electricity bills by switching providers when their contracts end. While others are asking their current provider for a better deal and getting it.

“Many mobile phone users are paying for handsets they already own after their bundled contract for handset and network service expires and they continue to pay the same amount, when they could be saving as much as $50 a month.

“People often only get one notice in the mail about their car insurance and registration which they ignore until the last minute leaving it too late to shop around for a better insurance deal.

“There are so many competitive offers it’s crazy people don’t shop around. Many just keep paying the same high rate and renew at the last minute.

“GetReminded is hoping to change all that by not only reminding people when it’s time to renew but also educating them on competitive deals they are looking for.

“The onus is no longer on businesses to remind you when your contract is up. People have to take action and clear the financial fog themselves – to know when their contracts expire and have time to act on them or they risk paying more.

“Start by downloading the free GetReminded app and setting reminders for each contract so you are alerted with plenty of time to take action," Dreyer concluded.

So, if you use the app, you'll hopefully avoid painful flashbacks to times when you suffered contract renewal date amnesia, given GetReminded should now afford you total recall!

Below are some screenshots, with the iOS version able to be downloaded here, the Android version here and the GetReminded website here. 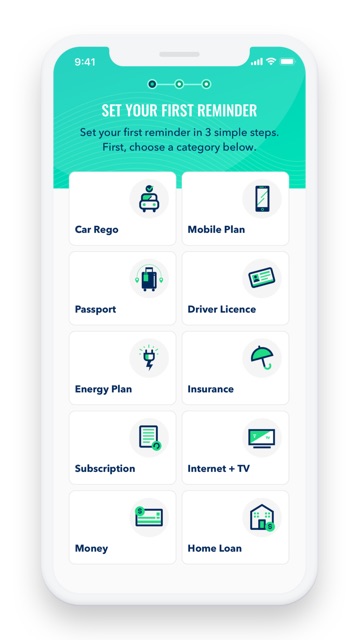 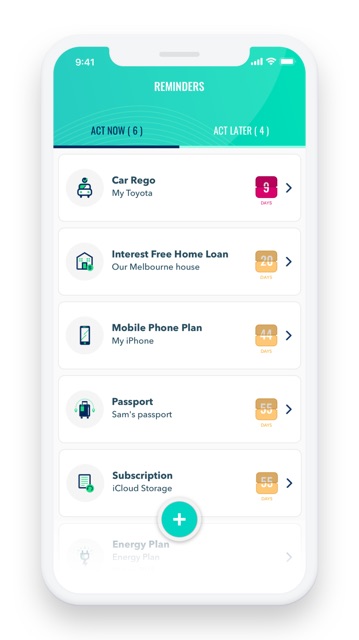 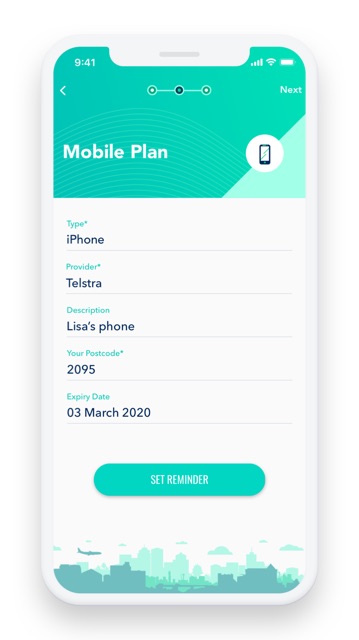 More in this category: « Alipay, Tourism Australia team up to promote Sydney eftpos extends Google Pay reach to three more banks »
Share News tips for the iTWire Journalists? Your tip will be anonymous