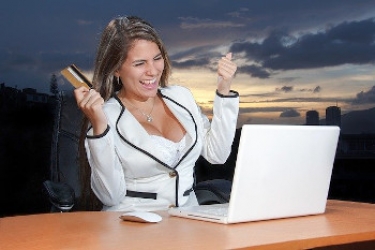 Security firm RiskIQ, which closely tracks incidences of online shopping sites being compromised, has put out a study in which it claims that Black Friday and Cyber Monday, the two big online shopping days, are sure to be in the sights of cyber criminals.

"Bad holiday actors will capitalise by using the brand names of leading e-tailers, as well as the poor security habits of consumers," report authors Steven Pon and Jordan Herman wrote.

Pon and Herman said the company's researchers had run a keyword query of their global blacklist and mobile app database, looking for the 10 most trafficked e-commerce sites over the weekend.

Domain infringements and phishing events for each of these e-tailers were examined, as also the appearance of their branded terms alongside "Black Friday", "Cyber Monday", "Christmas" and "Boxing Day" in blacklisted URLs.

Following this, 1000 US consumers and an equal number in the UK were asked about their online shopping habits.

Much of the potential damage came from mobile apps that were built to fool users into giving away their credit card details, the authors said.

"Some fake apps contain adware and ad-clicks or malware that can steal personal information or lock the device until the user pays a ransom," they added.

They observed a 20% increase in the total of blacklisted apps; the number of blacklisted apps rose from 1.95% to 2% of the total. And of all the apps that could be found by using the search terms “Black Friday”, “Cyber Monday”, “Boxing Day”, or “Christmas”, 951 or 2% were blacklisted.

Similar threats also existed on the Web, RiskIQ said, pointing out that Adobe had predicted the online holiday spend would cross US$140 billion, with Cyber Monday setting a record of US$9.4 billion.

The RiskIQ reports also have plenty of tips on how consumers can protect themselves against these threats. They are available here after free registration.

More in this category: « Deliveroo launches new ‘Pick up’ service Bankwest removes worry about 'mystery' payments »
Share News tips for the iTWire Journalists? Your tip will be anonymous