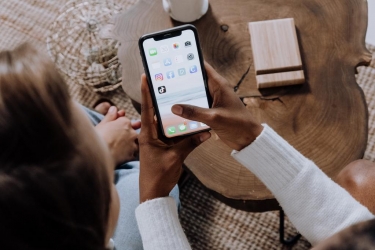 Consumers globally are projected to spend US$133 billion on mobile apps and games in 2021 for both Google Play and App Store, according to data presented by phone case retailer Burga, highlighting the smartphone usage over the last few months.

Burga says the App Store ranks first at US$85.1 billion while spending on Google Play apps and games hit at US$47.9 billion. With this amount, users spend approximately US$370 million daily, which translates to US$ 11 billion monthly on mobile apps and games in 2021. This spending represents a growth of 19.71% from last year’s total of US$111.1 billion.

Drivers for increasing mobile apps spending
The expected mobile app spending in 2021 follows a supercharged 2020 when consumer behaviour spiked due to coronavirus.

As the world returns to a pre-pandemic state, the growth in spending and downloads indicate that the trends established last year continue to develop alongside being engraved in consumers' daily lives. Burga forecasts that pandemic-driven changes in consumer spending would outlast the lockdowns and will continue impacting mobile trends.

The pandemic also caused people to rely more on their devices helping people to shop, work, learn, play, and exercise. However, the downloads appear to be stalling correlating with the general reopening of the economy amid the ongoing vaccine rollout and once the pandemic has been contained.

The spending and downloads also align with mobile devices' growing purpose in running businesses. As smartphone usage continues to grow, most businesses leverage the devices to offer various services.

Notably, businesses focusing on mobile are likely to stay ahead of the competition. For instance, banking and investment companies are offering their services more via mobile apps, giving consumers the much-needed convenience.

Furthermore, the App Store spending has remained significantly high for two years, but Google Play is making inroads to catch up. The variance can be attributed to the penetration rate among the two operating systems for the devices. For instance, Play Store downloads are higher considering Android is more affordable.

Worth noting is that App Store spending might be a reflation of the tiff between Apple and developers, according to Burga. The company has faced several antitrust claims and a controversial 30% commission fee for developers.

The growth of mobile games
Mobile games propelled the smartphone sector over the past year. Consumers turned to mobile games as a means of keeping entertained and killing time. The demand pushed most publishers to invest more in mobile games, introducing improvements like bringing console experience to smartphones.

With the demand for mobile games, publishers also explored various ways to monetise different titles like enabling alternative means of payments like credit/debit cards, direct carrier billing, and the use of popular digital wallets.

Alongside the changing consumer behaviour, Burga concludes that mobile app downloads and spending is likely to increase amid the growing penetration of smartphones and the internet. Furthermore, there is potential for increased spending and downloads as developers focus on offering low-end and high-end smartphones apps to cover all demographics.

This first appeared in the subscription newsletter CommsWire on 14 December 2021.

More in this category: « Mobile money transactions in emerging markets spikes to US$870 billion, Juniper Research says Why Snapchat is safer than other traditional social media platforms »
Share News tips for the iTWire Journalists? Your tip will be anonymous