Cisco AppDynamics: Australians use a total of 22 apps when travelling 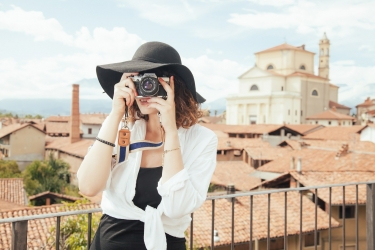 Australians travelling overseas use a surprisingly high number of apps and digital services, before, during, and towards the end of their trips—from researching destinations to scheduling flights, booking accommodations, and completing health checks and COVID-19 declarations—totalling to 22, according to research by Cisco AppDynamics.

Australians would rather abandon poorly performing applications rather than contact the companies who made them. As a result, consumers are likely to look for alternative providers instead of solving an app-related issue with their existing provider, the study revealed.

With international trips on the rise, there is increased pressure for applications to perform seamlessly.

Cisco AppDynamics cites latest figures released by the Bureau of Infrastructure and Transport Research Economics: In May, 697,969 international passengers passed through Australian airports in March 2022, up by 60% from the 436,432 registered in February.

Cisco AppDynamics surveyed international travellers to understand how they use applications and digital services throughout their trips and the significance of their role in the travel experience.

Some of the key local findings of the survey revealed that:

Forty-four percent say they don’t intend to carry any paper-based tickets, relying entirely on applications such as digital wallets

Seventy-six percent say that if a travel application were to fail, it would disrupt their vacation, and 41% of Australian travellers claim it could ruin their whole trip!

Thirty-four percent claim that if they experience a problem with an application when planning, booking, or travelling on vacation, they’ll immediately switch to an alternative

Only 8% of Australian travellers would actually contact the company behind a poorly performing digital service.

Eighty-five percent of Australian travellers will use applications to prove their COVID status or vaccination status.

“These findings should serve as a timely reminder to brands that the heat is on to provide travellers with seamless digital experiences. After having our borders closed to the rest of the world for the best part of two years, Australians are in no mood to forgive or forget any disruption to their international trips caused by poorly performing technology,” comments Cisco AppDynamics global vice president APJC Antoine Le Tard.

“In response, application providers need to manage and optimise IT performance across an ever more complex and fragmented IT environment. This means ensuring their technologists have access to a single, unified view of IT performance and availability across the entire IT estate — they need full-stack observability.”