Boku study projects that 4.8 billion mobile wallets will be in use by 2025 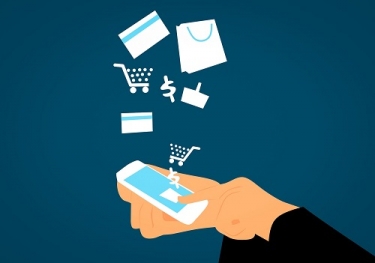 Fintech Boku found in its study that mobile wallets use will rise by nearly 74% and estimated that there will be 4.8 billion wallets by the end of 2025. The study cited that e-commerce and mobile apps drove the growth of mobile wallet adoption.

One in two people will use a mobile wallet by 2025, according to a study by Boku.

It added that the fastest growing markets are Southeast Asia, Latin America, and Africa and Middle East where mobile wallets are displacing cash and cards for more convenient digital payments.

The study provides insight into mobile wallet adoption and use in leading markets across the globe. In 2019, mobile wallets overtook credit cards to become the most widely used payment type globally and the shift to online driven by the pandemic has accelerated adoption. Mobile wallets use is growing rapidly across the world with emerging markets leading the way.

The study’s key findings include:

Southeast Asia is the fastest growing mobile wallet region: Mobile wallet use will grow by 311% between 2020-2025, reaching up 439.7 million digital wallets in Indonesia, Malaysia, the Philippines, Singapore, Thailand, and Vietnam from 141.1 million in 2020. The rise of e-commerce and dominance of super-apps like Grab and Gojek, particularly in markets like the Philippines and Indonesia, is driving accelerated mobile wallet adoption.

China reaches maturity but Japan, Korea and Taiwan set for hyper-growth: The far East and China continue to be the largest mobile wallet region in the world with 1.34 billion users in 2020. Market saturation is resulting in slowing growth in China with a compound annual growth rate (CAGR) of just 2.2% per year. Meanwhile, markets including Japan, Korea, and Taiwan will continue to see accelerated adoption of mobile wallets with 98.4% market penetration by 2025.

Latin American is growing fast due to e-commerce use: This region is set to increase mobile wallet use by 166% between 2020-2025. Long held back by consumers' preference for cash-based payments and comparatively lower smartphone penetration, this is fast-changing, and the region's e-commerce growth is supercharging mobile wallet use.

The two types of mobile wallets, according to Lee, are card-based mobile wallets, which is like Apple Pay and Google Pay, which provide an easier way to pay with cards people already have, and stored value mobile wallets, like AliPay and GrabPay, which enable consumers to transact with digital cash. Lee says this is popular in emerging markets with fast-growing e-commerce sectors.

"The markets that are set to grow the fastest are those with the lowest levels of card penetration. In North America and Western Europe, which are dominated by card-based mobile wallets, we are seeing the slowest growth in mobile wallet adoption, as the technology provides merely incremental benefit," stresses Lee.

"We are seeing clear bifurcation in the market between card-based mobile wallets in developed markets and stored value mobile wallets that are ubiquitous in Asia and rapidly growing in all emerging markets," concludes Lee.

"Southeast Asia is one of the most rapidly digitalising regions in the world. In 2020, the region added 400 million new internet users, with 70% of the region now online. Together with consumption trends brought about due to lockdowns during the pandemic, that has led to a familiarity with e-commerce and an exponential rise in mobile wallet use," says Boku vice president and general manager Loke Hwee Wong.

The reason for the rise in the region was attributed to dependence on cash and bank transfer before mobile wallet use, according to Wong. He also adds that convenience and accessibility, especially stored value mobile wallets, will drive Southeast Asia’s mobile payment adoption.

The growth and bifurcation of mobile wallet use presents both an opportunity and challenge for merchants, according to the study.

The number of mobile wallets transacting over $1 billion per year is set to grow by 27% from 54 wallets in 2020 to 69 wallets by 2025. This provides a lucrative opportunity for merchants looking to acquire valuable customers, many of whom only use mobile wallets.

However, not only are consumers using mobile wallets more, they are using more mobile wallets. Consumers in high growth markets such as India and Indonesia use an average of 2.74 wallets. This means that not only do merchants need to accept wallets but they need to ensure broad coverage across each target market, the study highlights.

"We are witnessing a paradigm shift in payments driven by mobile wallets. Mobile wallets have lowered the barrier to making digital payments and in parallel ushered billions of new consumers into e-commerce,” declares Boku CEO Jon Prideaux.

He concludes: "For global merchants, mobile payment acceptance is not about accepting one type of mobile wallet or another, but ensuring that consumers in every market will have the required selection on payment types in order to monetise transactions."

More in this category: « How Facebook’s dark ads amplify regressive, racist, or sexist activity Reset Australia: Terms and Conditions too technical for children to understand »
Share News tips for the iTWire Journalists? Your tip will be anonymous