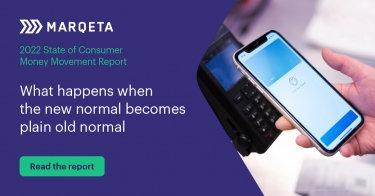 Australian consumers lead mobile wallet use and adoption of digital banking tools, beating users in the US or UK, according to a new survey by modern card issuing platform Marqeta.

The 2022 State of Consumer Money Movement report, which polled 4,076 consumers across three continents including 1,000 in Australia, examined how consumers want to pay, bank, and shop, showing changes in payment preferences brought by the pandemic.

Reflecting a long-time shared investment by networks and retailers in contactless payments, 83% of Australians surveyed said they’d used a mobile wallet in the last year, coming in well ahead of UK (77%) and US (71%) survey respondents.

Sixty-nine percent of Australians surveyed said they felt comfortable enough using a mobile wallet to leave their physical wallet at home, 23% higher than the amount of Americans who said the same.

Australians surveyed gave mobile wallets higher marks for convenience than other survey respondents (90%) and more Australians said they could make mobile payments everywhere they wanted to (86%).

Cash use is diminishing at a more rapid rate among Australians: 43% said they used cash less than they did a year ago (compared to 28% in the US) while 36% of Australians said they were using ATMs less than the same time last year.

Australians were twice as likely as Americans to say they never used cash (31% versus 15%) and two out of three Australian consumers said that they could imagine a time when they don’t use cash at all.

“Given its size and market, Australia has always been a great place to launch new technology, and major banks in Australia were investing in the technology for secure contactless payments well before mobile wallets started to get traction,” comments Marqueta country manager ANZ Duncan Currie.

“With our survey showing that two-thirds of Australians are using their mobile wallets more post-COVID, it shows just how ubiquitous they are becoming and the pressure on companies to build digital and mobile-first payment experiences that match how consumers today want to interact with the economy.”

Given high mobile wallet adoption and low cash use, Australian respondents less prefer in-person banking experiences. Eighty-four percent said that they bank with a major financial institution with a physical branch network, but were six times more likely to say they regularly used their bank app (70%) versus regularly visiting their bank branch (12%), while 43% of Australians surveyed said if all physical banks were to shut tomorrow, it would have little impact on them.

Ninety-three percent of Australians surveyed said that they’d resumed shopping in person, yet 58% said the COVID-19 pandemic had changed their shopping behaviours forever.

Thirty percent of Australians surveyed said they owned cryptocurrency, with more 93% saying they held it like an asset.

Australians surveyed had consistently lower usage rates for on demand delivery: 29% said they regularly order food or meals delivered to their home, 22% groceries, 12% alcohol, 12% convenience store items, 7% prescriptions. These frequencies were lower on every count than US or UK respondents.

“The pandemic had the effect of moving the future up a little faster in banking and payments than some were thinking, with an increasing number of Marqeta customers’ cardholders even opting for digital cards entirely and forgoing plastic completely. With a low unbanked population and good infrastructure to support contactless payments, the foundation is there in Australia to support cutting-edge payment solutions. But companies will still need to build from flexible and modern technology to move quickly to meet this rising demand,” Currie concludes.

More in this category: « New Vivaldi for Android has lists for storing reading links US Supreme Court halts Texas social media law »
Share News tips for the iTWire Journalists? Your tip will be anonymous