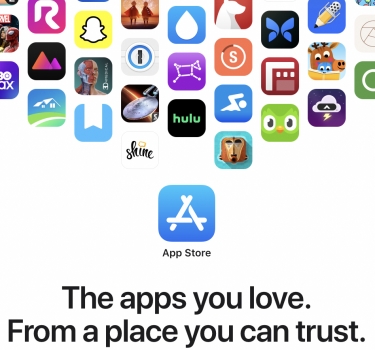 Changes to the App Store and the way consumers and developers can purchase apps and subscriptions has been announced by Apple that will hopefully keep developers and consumers happy, and end US court action against the tech giant - along with setting up a fund to help small US developers.

I can remember in the pre-iPhone days of the late 90s and early 2000s, when Palm Pilots, Windows Pocket PCs and Nokia phones running Symbian all ruled the roost, the fees that the nascent App Stores of the era charged at the time were above 50%, if not more.

When Apple launched the App Store with a 30% cut, it was revolutionary, and Apple has built the great ecosystem of hardware, software and third-party accessories the world has ever seen, and certainly the most profitable - even as Android boasts twice as many users or more, it certainly isn't as profitable as Apple's ecosystem of prosperity and success.

In recent times, however, developers have been upset that Apple has been taking a 30% cut, seemingly forgetting that Apple's ecosystem is what has enabled their success. Even so, Apple last year cut its fee to 15% for small developers with less than US $1m in annual net sales, and Google was forced to follow suit, which came more than a year after US developers sued Apple for what it claimed was the App Store monopoly.

Epic Games also sued Apple in August 2020 for restricting its ability to let consumers access in-app purchasing methods outside of the App Store, with the verdict yet to come, with Epic Games also suing Google.

While the news from Apple today about its changes to the App Store don't mention Epic Games and Fortnite, the developments do sound as though they will have an impact on that fight, the outcome of which we are yet to see.

Developers and consumers outside the US are also yet to see how all these changes will affect them, because this announcement is about the US App Store, US developers and US customers only, but it would be fair to imagine similar changes will eventually roll out to Apple's App Stores worldwide - and no doubt, journalists, analysts and regulators in countries around the world are already asking the same questions.

So, what has Apple announced today, in addition to its other major announcement around its Apple News Partner Program?

The company says a number of changes are coming to the App Store that, "pending court approval, will resolve a class action suit from US developers. The terms of the agreement will help make the App Store an even better business opportunity for developers, while maintaining the safe and trusted marketplace users love. Apple appreciates the developer feedback and ideas that helped inform the agreement, and respects the ongoing judicial review process."

Apple explains the agreement "clarifies that developers can share purchase options with users outside of their iOS app; expands the price points developers can offer for subscriptions, in-app purchases and paid apps; and establishes a new fund to assist qualifying US developers.

"The updates constitute the latest chapter of Apple’s longstanding efforts to evolve the App Store into an even better marketplace for users and developers alike."

Phil Schiller, the Apple Fellow who oversees the App Store said: “From the beginning, the App Store has been an economic miracle; it is the safest and most trusted place for users to get apps, and an incredible business opportunity for developers to innovate, thrive and grow.

“We would like to thank the developers who worked with us to reach these agreements in support of the goals of the App Store and to the benefit of all of our users.”

Apple continues, stating: "Following a productive dialogue, Apple and the plaintiffs in the Cameron et al v. Apple Inc. developer suit reached an agreement that identifies seven key priorities shared by Apple and small developers, which has been submitted to the judge presiding over the case for her approval.