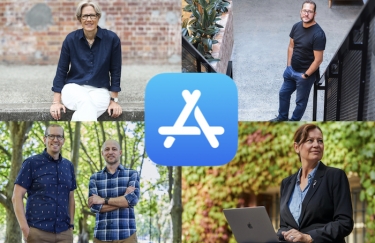 With the iOS App Store well known to outsell the Google Play store, and with iOS regularly getting apps first, with a big recent example being Clubhouse that is still iOS only, Apple has noted that "despite the economic impact of COVID-19, the Australian app economy is driving consistent growth with 156,000 jobs as of January 2021, an increase of 15% since 2019 and up from 113,000 in 2017."

Since the launch of the App Store in 2008, Apple reminds us its iOS app ecosystem "has become one of the fastest-growing sectors of the world’s economy and a rich source of opportunity for established or aspiring developers, connecting their great ideas with a global audience."

We all, of course, know that's true. While the Android space has a ton of apps, too, there are plenty of examples of apps that come to iOS first and are only on iOS, while the amount of software designed to run natively on Windows PCs has dwindled dramatically, with phones running Windows no longer sold anymore.

Apple notes that it facilitated "over half a trillion dollars in commerce in 2019 alone", the App Store is home to 1.8 million apps and visited by half a billion people each week.

The company proudly boasts that its "vibrant community of developers has now earned more than $200 billion (US) to date through the sale of digital goods and services in 175 markets around the world."

So, how have Australians developers benefitted from the App Store?

We're told "Australians have embraced the Apple Developer Program, harnessing the tools, resources, and support available to turn ideas into reality and create thriving businesses and exports. The Tasmanian developer behind Procreate, James Cuda, saw the opportunity for his art and drawing app during the launch of iPad in 2010, and has since grown his team of three to 50 with further expansion planned."

“As we watched the introduction of iPad, all we saw was the huge potential for a drawing app and the opportunity to overcome the challenges associated with traditional software distribution. The App Store was revolutionary, levelling the playing field and offering an independent Tasmanian startup the chance to create the best software experience for digital artists.

"We’re incredibly proud of our growth, our all-Australian team, and the recognition we have received, but our best measure of success is the feedback from millions of diverse artists from around the world, from young students to those working in the highest levels of creative industries, who use Procreate every day to create beautiful art and design,” continued Cuda, co-founder and CEO of Savage Interactive, the developer of Procreate. 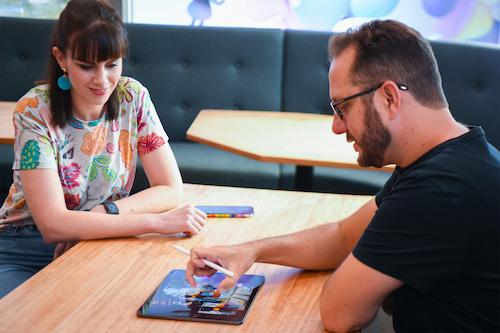 Savage Interactive Engagement Lead Georgie Holt and CEO James Cuda use Apple Pencil to sketch in Procreate on iPad. Cuda first saw the opportunity for the art and drawing app during the launch of iPad in 2010.

For Melbourne’s JigSpace, the ability to transform traditional learning from 2D to 3D using Apple’s augmented reality software marked the start of a new chapter for the company.

JigSpace Co-founder and CEO Zac Duff said: "AR allows us to understand our world in the same way our minds perceive it, making learning simpler, faster, and more enjoyable. Harnessing ARKit and focusing our energy on delivering a breakthrough AR experience on Apple devices changed the trajectory of our business.

"We now have over 4 million customers, and businesses globally are using JigSpace to create 3D presentations to demystify advanced manufacturing, automotive, and medical technology. Choosing iOS and ARKit was a simple decision — it’s the most advanced, widely adopted, and easiest development platform for AR." 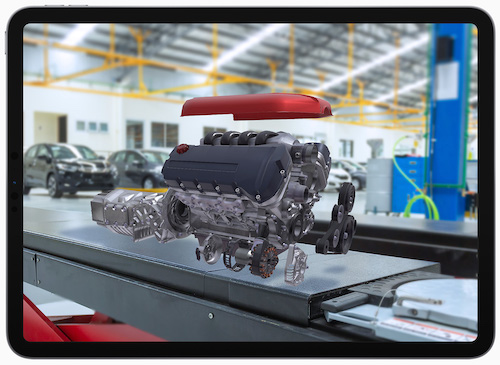 Apple also points ETA's two-person team, who found fhe global challenge of being punctual when travelling, led ETA's founders to devise "a simple, beautiful app for iPhone and Apple Watch. ETA calculates and presents travel time at a glance, keeping users up to date on their estimated time of arrival by using widgets in iOS and complications on Apple Watch faces."

ETA Co-founder Justin Almering said: "The App Store provided us with the ability to solve a problem faced by those in cities around the world and present them with a simple and elegant solution. Access to watchOS and Apple’s growing suite of APIs means we continue to reinvent and refine our app and customer experience, while the App Store handles global distribution and monetisation." 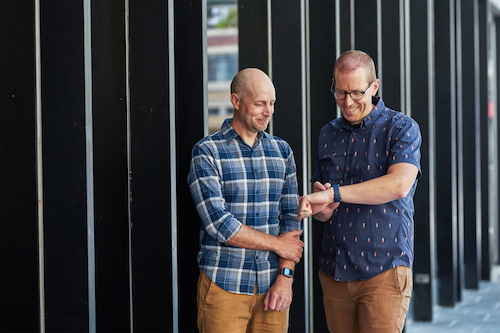 Justin Almering (left) and Anthony Harrison, co-founders of Melbourne, Australia-based ETA, wanted to solve the challenge of being punctual while traveling with a simple, beautiful app for iPhone and Apple Watch.

Apple points to app economy jobs in Australia "increasingly calling for knowledge of Swift", which is Apple’s powerful programming language that is also intuitive and easy to learn — and states the news that "Melbourne’s RMIT University is expanding its deployment of Apple’s Develop in Swift curriculum (PDF link), offering an enhanced online course designed by Apple engineers and educators, which includes one-to-one consultation with leading industry mentors."

RMIT actually launched its Swift program in 2017, and since that time, RMIT Online has received "1,800 enrolments, including graduate Kathryn Donaldson, a former neuroscientist from Brisbane, Queensland."

Donaldson said: “Apps are already indispensable in everyday life and will only become more important in the future.

“Studying iOS App Development with Swift at RMIT Online pushed my problem-solving limits and allowed me to build an entire app from concept and coding through to submission to the App Store. The building blocks of coding rely on the same logical decisions we all make every day of our lives, so Swift will soon become second nature and a skill with wide application. The course has set me on a new path that I am hoping to turn into a business one day.” 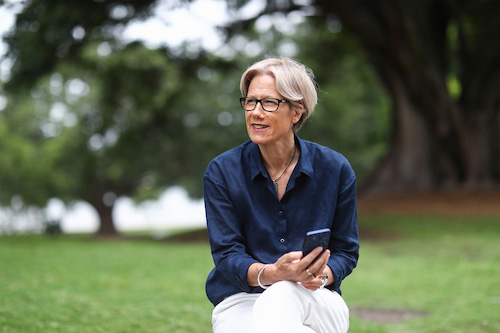 Kathryn Donaldson completed the iOS App Development with Swift course at RMIT Online. The former neuroscientist from Brisbane, Queensland, created Geo Whizz — a world geography quiz game — and hopes to harness coding to start a new business in the future.

The new iOS App Development with Swift course by RMIT Online "helps bring talent into Australia’s growing app economy and meet the coding-language and creativity requirements of the industry."

“We believe this curriculum can teach anyone to code and can be done in an accessible way through expert content, collaboration, and interaction with leading industry mentors and our flexible online platform,” said RMIT Online CEO Helen Souness. 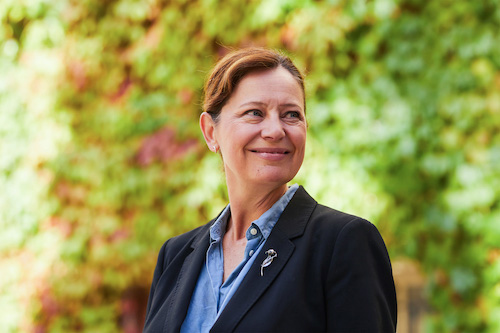 As the app economy continues to grow, Apple says it is "investing in educational programs and opportunities that help prepare learners of all ages for the jobs of the future. With Swift Playgrounds, Everyone Can Code, and Develop in Swift, Apple gives anyone interested in learning to code the tools and guidance to create their own apps.

"Today more than 9,000 K-12 and higher education institutions worldwide are using Apple’s coding curricula, and Apple coding academies, accelerators, and Entrepreneur Camps give up-and-coming developers the opportunity to apply the latest technologies to their apps, build their businesses, and market their ideas to a global audience," Apple concludes.

More in this category: « WhatsApp users to lose functionality after deadline for privacy changes Vivaldi releases native version for M1 Macs, claims doubled speed »
Share News tips for the iTWire Journalists? Your tip will be anonymous