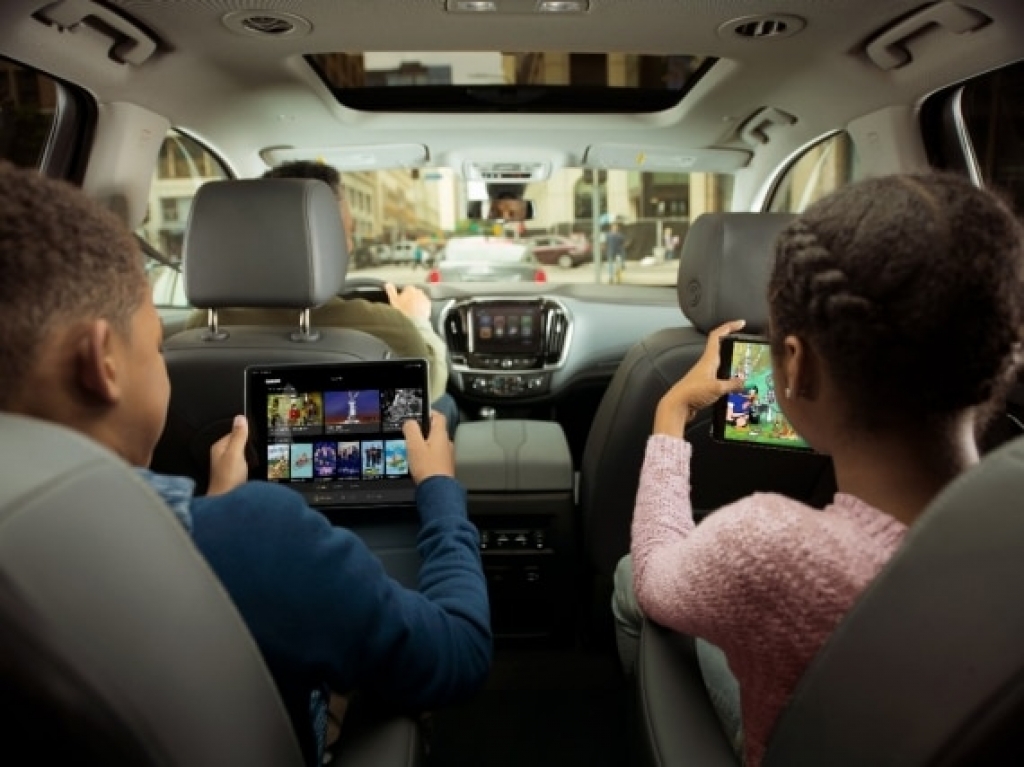 General Motors and AT&T will bring 5G cellular connectivity to millions of GM vehicles coming off the assembly line over the next decade in the United States. GM and AT&T are working together with a fifth-generation cellular network architecture to meet the needs of an all-electric and autonomous future, the companies said.

GM and AT&T are collaborating to build a high performance 5G core network. The companies said, network enhancements will include:

5G connectivity will first be available in select model year 2024 vehicles. Through the fifth generation network, current 4G LTE-equipped model year 2019 and newer vehicles will experience faster connectivity speeds and many of the same performance benefits of future 5G-equipped vehicles.

The companies say, this rollout is part of GM and AT&T’s broad strategy to launch the world’s largest fleet of 5G-enabled vehicles and the culmination of a two-year collaboration, including test-driving connected vehicles at GM’s 5G proving grounds in Milford, Michigan.

AT&T has a reliable 5G network, covering more than 250 million people across the country.

GM offers OnStar and Connected Services to more than 16 million customers in the U.S. and Canada. Since the launch of 4G LTE in 2014, GM says owners have used more than 171 million gigabytes of data across its brands, which is equivalent to nearly 5.7 billion hours of music streamed or more than 716 million hours of streaming video.

To support GM’s rapid innovation and delivery of next-generation connected vehicle solutions, AT&T and Microsoft are bringing together the speed and reliability of AT&T’s 5G network with Microsoft’s scalable and secure cloud services, the companies said.

“Together with AT&T, we’ve brought unprecedented experiences to the daily commute, family road trips and everything in between,” said GM vice president of global connected services Santiago Chamorro.

“By connecting millions of GM vehicles to our nationwide 5G network, we will improve the customer experience for existing services while laying the groundwork for the next wave of innovation including autonomous driving,” said AT&T senior vice president global business industry solutions Gregory Wieboldt.

“We now connect more vehicles than any other carrier and GM has played a critical role in our success. We’re honoured to work alongside GM to usher the next chapter of connected driving,” concluded Wieboldt.

The companies say that AT&T and GM have been working together since launching in-vehicle Wi-Fi hotspots in 2014, adding WarnerMedia's robust library of streaming premium content in 2020 and enabling best-in-class connectivity features in millions of GM vehicles currently on the road.

When launched, GM will provide access for its strategic partners to connect over AT&T’s 5G network, raising the bar for the interoperability and scale necessary to deliver future mobility services, such as e-commerce, smart city and vehicle-to-electric grid, the companies said.

More in this category: « Nokia addresses network security as part of its 5G certification program LG successfully demonstrates 6G data in THz band »
back to top