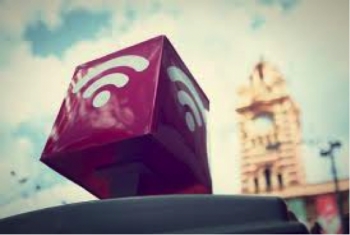 Microsoft has leaked plans through a new website to massively expand its Skype WiFi service into a new global offering called Microsoft WiFi. The leak was probably deliberate in an attempt to get some buzz happening about the new service.

Skype WiFi enables Skype users to log on to one of two million designated Skype WiFi hotspots around the world, including several hundred spread across Australian capitals and regional centres, and pay for Internet connections using their Skype credit.

According to VentureBeat a Microsoft spokesperson said that the Microsoft WiFi service would be available to ‘millions’.

So what will make Microsoft WiFi different to Skype WiFi?

Once again, according to VentureBeat, Microsoft WiFi will be an expansion from Skype’s current two million to 10 million hotspots across 130 countries using partnership deals with local Wi-Fi providers. The ad reads:

“Don’t waste time filling forms with personal information or managing different carriers to get connected. Sign in once and you are done: you will automatically be connected to a vast range of WiFi providers around the world.”

As well as Skype subscribers, VentureBeat says, the Microsoft WiFi service will also be available to staff at organisations that use Office 365 for Enterprise and ‘customers who receive a special Microsoft WiFi offer’.

Like Skype WiFi, users will be able to locate Microsoft Wi-Fi hotspots through an online interactive map.

The CEO of WLAN vendor Xirrus Shane Buckley welcomed the news of Microsoft’s expansion into the Wi-Fi market with a touch of caution.

“At face value, this will be a great addition for Microsoft customers,” Buckley said.

“The challenge for Microsoft is ensuring the customer experience on these global Wi-Fi networks is consistent with the tier-1, high quality brand. Oftentimes, these Wi-Fi hotspots provide ‘best efforts’ to customers, which miss the customers’ expectations by a mile. Microsoft needs to ensure it partners with global providers to provide a positive experience.”

Telstra is about to finish its free national Wi-Fi trial on 14 June. The question is whether Microsoft is having discussions with Australia’s dominant carrier over a partnership arrangement or whether it will be a competitor.

Published in Wi-Fi
Tagged under

More in this category: « Ruckus releases CloudManager for Xclaim Wi-Fi networks to carry bulk of future mobile data traffic »
back to top