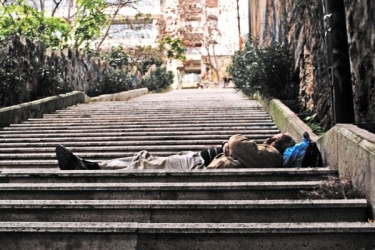 There’s not much that irks Australian tax-payers more than wondering why access to services they’re paying for is made so difficult for the underprivileged, Brad Newton, Vice President, DocuSign Asia Pacific explains.

While the government has many valuable services available for Australians, accessing them is not always easy.

Australia’s most vulnerable and disadvantaged groups could have access to services up to 90 per cent faster if the government moves to fully digitise forms used by ‘customers’.

Wait-times for medical rebates and access to medicines, or financial and family support services, could be slashed, making a stressful time significantly easier.

Despite the Government’s aspirations to be one of the world’s top three digital governments, it is languishing behind the expectations of the ‘digital citizen’ for services that are instant and convenient. At the same time, the Government is doing a disservice to people who need their support the most.

Typically, to access government services, you will need to download, print and complete a form before scanning and sending it back either by snail mail, email or uploading it through a maze of online portals.

It’s a process that presents barriers and a long wait for people who are already facing difficult life circumstances.

To add to this, if you don’t complete the paperwork correctly, you can be facing delays of days, weeks, even months while documents are handled internally and through third-party contractors before making their way back to you for corrections, and then the process starts again.

Digitisation of forms and adoption of eSignature technology is the way forward.

What’s in it for the Government?
A transition to digital systems will make applications for services easier for Australians, improve speed and reduce errors by 70% on average.

However, the Government will also be able to reduce costs and demonstrate the capacity to match digitised services offered to citizens of other OECD (Organisation for Economic Cooperation and Development) countries.

In addition, improving customer experience and access to services through digitisation also provides the opportunity for the Government to repair reputational damage caused by past glitches in technology implementations.

Public sentiment and trust in the government’s technological capabilities have been hampered by incidents such as #censusfail, the NDIS launch and Naplan online, to name a few.

Digitising forms is a smart first step towards turning the tide of public sentiment.

Exciting changes are on the horizon
The federal government is poised to establish a new agency called Services Australia – a streamlined service delivery platform which borrows from the Service NSW model, introduced by NSW Premier Barry O’Farrell in 2013. At that time, motor registries had customer satisfaction rates of between 69% for individuals and 66% for businesses. Today, customer satisfaction rates are in the 95+% range.

It’s an impressive turnaround, and one the federal government hopes to replicate soon.

Early in 2018, the DTA underwent a series of proof-of-concept activities across multiple departments and agencies to quantify and qualify the value of digitisation of existing processes using eSignature software.

For example, the government currently has more than 8000 different forms that require signatures. The proof-of-concept exercise proved that 80% of forms could be completed in less than one day. Logistics costs, like paper, printing and postage, would also be drastically reduced.

Most importantly, the people the Government is engaged to serve will have faster and easier access to the services they need.

BACK TO HOME PAGE
Published in The Wired CIO
Tagged under

More in this category: « Give your own staff the full customer experience, BMC CIO says What the Three Amigos teach us about service delivery »
Share News tips for the iTWire Journalists? Your tip will be anonymous