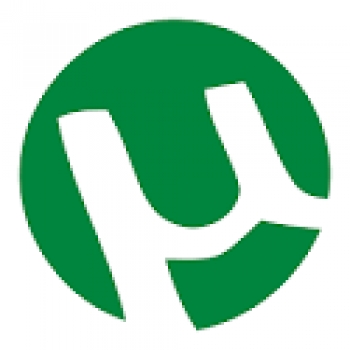 Can you trust the software on your computer does what it states, and nothing else? uTorrent has proven the value of open source software by mistreating the trust of its users.

uTorrent is a closed-source, proprietary bitTorrent client. It has been popular since its inception because it offered many features in a tiny package. It was not bloated or slow like previously popular clients such as Azureus, or its successor, Vuze.

Yet, uTorrent was never fully trusted by select private Torrent sites. As a closed source system there was no guarantee privacy was fully respected. Often the latest version of uTorrent was banned from use with private trackers until it had been fully tested and investigated, meaning many uTorrent users had to remain on older versions to continue using these private trackers.

The latest release of uTorrent — version 3.4.2 — has demonstrated, like Lenovo with SuperFish, that companies are prepared to install harmful products on your computer in exchange for cash. Specifically, uTorrent bundled a bitcoin miner called Epic Scale. This application is installed with uTorrent and harvests your CPU cycles, slowing down your computer and consuming power.

Some debate has occurred over whether uTorrent could be installed without Epic Scale. Some users state they did not receive any warning about it despite opting out of other bundled applications (labelled "offers"). Some state the installer advised about this product but would not proceed if the user opted out, making it mandatory.

uTorrent's developers state there is no silent install happening and that users are accepting the offer during install.

Some consider uTorrent has backflipped and did make Epic Scale a silent and mandatory part of the installation but quickly released a revised installer which permitted opting out after Internet backlash began.

There is controversy over how easy Epic Scale is to uninstall. Some users state it does not show in the "Programs and Features" control panel and required anti-adware software to remove it. Epic Scale itself assets the application can be uninstalled, but conceded the uninstaller leaves behind registry keys.

Whatever is true or not true, what is undeniable is that trust has been eroded. With that comes speculation about what else may be inside the source code of an app that simply cannot be audited and compiled by others.

Unlike the Linux kernel, unlike the Deluge torrent client (now growing in popularity as a result), unlike many popular tools such as 7-Zip, mRemoteNG and Filezilla, users just cannot have confidence and certainty uTorrent does not contain any other surprises.

More in this category: « Does Barbie know Linux? The next big Linux player is ... Microsoft? »
Share News tips for the iTWire Journalists? Your tip will be anonymous