Red Hat Linux 8.4 announced and powering the next wave of edge computing 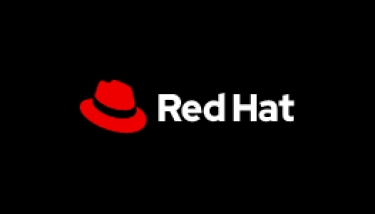 Red Hat has announced the release of Red Hat Enterprise Linux 8.4, forming the foundation of the company’s new Red Hat Edge Initiative to power the next wave of edge computing.

RHEL 8.4 furthers the operating system as a foundation for the open hybrid cloud from the data centre to the edge, adding new Linux container, deployment and management capabilities scaled for the needs of edge computing.

Red Hat's "The State of Enterprise Open Source" research identified 72% of IT leaders expect open source to drive adoption of edge computing over the next two years. The Linux Foundation’s “2021 State of the Edge” report predicts that the Internet of Things (IoT) and edge-related devices will produce around 90 zettabytes of data by 2025.

Red Hat recognised the importance of edge computing as a footprint of the open hybrid cloud and is positioning its enterprise Linux as the production foundation that IT leaders will depend on.

The release pairs greater consistency and control of hybrid cloud environments with the ability to adopt open innovation at a pace according to a company’s own timetable.

The Red Hat Universal Base Image (UBI), RHEL userspace content that can be run inside containers, has also been enhanced to enable containers to retain RHEL’s production-grade traits like enhanced security and efficiency, at the application level. UBI is now available in a lightweight micro image, making it ideal for building redistributable cloud-native applications that benefit from an enterprise Linux foundation with the overhead of an entire kernel deployment.

RHEL 8.4 will be generally available in the coming weeks via the Red Hat customer portal.

Stefanie Chiras, senior vice president and general manager, Red Hat Enterprise Linux Business Unit, Red Hat said” “the open hybrid cloud isn’t limited to an enterprise data center or public cloud environments; it includes the remote servers, advanced machinery and other devices that exist on the far reaches of the enterprise network. The disparate nature of these footprints means that consistency is critical to success - Red Hat Enterprise Linux, as the backbone for the Red Hat Edge initiative, provides this consistent, edge-native and intelligent platform to meet the dynamic demands of the hybrid cloud, from bare-metal servers to the cloud to the edge.”