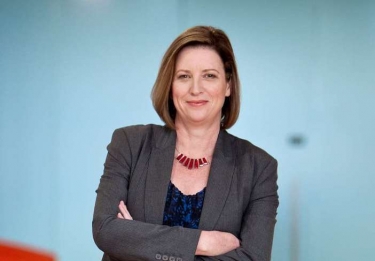 The offices of Paul Fletcher Minister for Communications Urban Infrastructure Cities and the Arts and Simon Birmingham Minister for Finance, announced that the Morrison Government has appointed current NBN Co Board member Ms Kate McKenzie to the role of Chair, and Ms Nerida Caesar as Non-Executive Director to the Board for a term of three years, effective 1 January 2022.

The Ministers advised that McKenzie joined the Board in 2019 as a Non-Executive Director and during her first term has also served as a member of NBN Co’s Audit and Risk Committee, Financing Committee, Nominations Committee, and People and Remuneration Committee.

McKenzie brings a strong understanding of government and regulatory environments following more than 30 years of experience in government and senior executive leadership. Ms McKenzie’s extensive communications sector experience, including as former Chief Executive Officer of national telecommunications firm Chorus New Zealand, includes strong experience of oversight of a large operational telecommunications firm. This will be of particular value as NBN Co transitions to its operational phase, the Ministers say.

Caesar is a non-executive director of Westpac, a member of its technology committee, and legal, regulatory and compliance committee. Ms Caesar was formerly a senior executive at Telstra, Chief Executive Officer of Equifax, and held several executive and senior management positions with IBM.

These appointments will add to the strength of the diverse leadership making up the Board and will continue its focus on overseeing the transition of NBN Co to its operational phase following the completion of the network build, the Ministers said.

The Government thanked Dr Ziggy Switkowski for his years of outstanding service as Chair of the Board, the Ministers advised. The Government stated that Switkowski will continue in his role as Chair until January 1 2022 to ensure a smooth transition to Ms McKenzie.

Switkowski was first appointed Executive Chairman of NBN Co in October 2013, after the Coalition won the 2013 federal election. He then reverted to the role of Non-Executive Chairman in April 2014 when Bill Morrow was appointed Chief Executive Officer. Switkowski's current term was to expire on 2 October 2022. No reason was given for Switkowski's early departure, but it is interesting to note he is leaving just a few months prior to the next federal election, in a period when the opposition is bringing increasing scrutiny on NBN decisions and technology choices made, or influenced, by the Coalition Government.

Initially, Switkowski oversaw the implementation of the then Minister Turnbull's Multi-technology Mix (MTM) network solution, including the now semi-redundant FTTN access technology. Switkowski had NBN Co set and maintain more realistic timeframes for deployment, better managing stakeholder and market expectations as a result, something the previous board and executive had not done well. Switkowski also oversaw the completion of the initial build of the MTM network and the initial transition to an operating wholesale telco company.

Switkowski oversaw NBN Co’s approach to private debt markets and the substantial reduction in the Commonwealth loan, a positive outcome politically for the Morrison Government and a reduction in interest expenses for NBN Co.

It will be interesting to see if McKenzie will be able to steer NBN Co to being as effective in Australia as Chorus was in NZ under her leadership. For a company that is relatively young, NBN Co comes with considerable politically instigated baggage to manage.

This first appeared in the subscription newsletter CommsWire on 23 November 2021.