What's my speed? Ah, says NBN Co, that is a secret 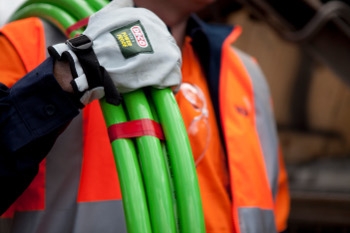 The NBN Co, the company building Australia's national broadband network, is refusing to release individual speeds that consumers can attain, despite calls from other telecommunications firms to do so.

The call from other telcos came on the back of the ACCC calling on Monday for volunteers to help measure and compare broadband speeds across the country.

The Australian reported that Optus, MyRepublic and Dodo backed the NBN Co revealing the theoretical speeds it had in a database, in order that Australians could know what speed they could expect before connecting.

An Optus spokesperson was quoted as saying: "Making this portal publicly available would make things easier for consumers.

“Consumers expect everyone will get the same speed under the NBN but it’s just not the case.”

The NBN Co has refused to make these speeds known publicly. NBN Co spokesman Tony Brown attempted to deflect the blame for poor speeds to retail service providers, telling the newspaper that NBN speed data was "not the answer for consumers" because what they were buying was a retail service from a telco.

Earlier this month, the head of Inabox Group, Damian Kay said that it was "the CVC dimensioning by our upstream partners that is causing speed issues and they are admitting it is due to the high price of the CVC throughput".

The initial plan for the NBN was to have 93% of the country covered by fibre-to-the-premises and the remainder by wireless and satellite due to accessibility reasons. But in 2013, this was changed by the incoming Coalition government which mandated that fibre-to-the-node be used in most places and cable (HFC) also be utilised.

Additionally, in recent months, NBN Co has decided to provision about a million homes using fibre-to-the-distribution-point as this would lessen the amount of copper used.

The former head of NBN Co Mike Quigley told iTWire in an interview earlier this year that "the MTM and use of FttN and HFC means that it is no longer possible to guarantee speeds as you could with FttP".

He said this limited people's willingness to order higher speed services and hence use more capacity and hence NBN Co revenue – making it harder to bring down CVC prices as rapidly as would have otherwise been possible.