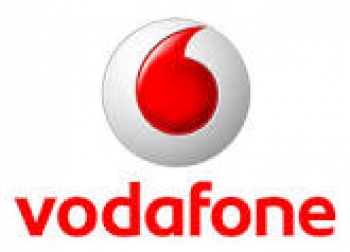 Vodafone New Zealand has been fined for the fourth time in five years for making false price misrepresentations to customers in breach of the country’s Fair Trading Act.

Vodafone has been fined NZ$165,000 after the New Zealand competition enforcement and regulatory agency, the Commerce Commisssion, took the telco to court over invoices sent to customers who signed on to its "Red Essentials" mobile phone plan between January and December 2014.

Vodafone launched the plan at NZ$79 (including GST) per month in August 2013 and subsequently reduced the price to NZ$69 in January 2014 in response to market competition.

The Commerce Commission argued in court, however, that Vodafone's billing system did not accurately apply this NZ$10 discount to customers who signed up to the Red Essentials plan from its introduction through to December 2014, causing misleading invoices to be sent to approximately 15,000 customers.

Commissioner Anna Rawlings said customers had since been refunded the amounts they were overcharged.

“It is vital that businesses invest in making sure they have strong compliance processes that can support these types of promotional offers, particularly when selling products to a significant customer base,” Rawlings said.

“Consumers rely on companies to invoice and debit them accurately, as many do not check the finer details. Overcharging a large number of customers a small amount can result in firms receiving large sums of money they are not entitled to, so they need to be vigilant to avoid misleading consumers and breaching the Act.”

Over the past five years Vodafone has been hit with fines for misleading representations to consumers, including in September 2012 when it incurred a fine of  NZ$960,000 in relation to its advertising of broadband and mobile phone promotions which ran between 2006 and 2009 including Broadband everywhere, Supa Prepay Connection Pack and Largest 3G Network.

It was also fined more than NZ$400,000 in August 2011 after pleading guilty to one charge of misleading representations of its Vodafone Live! Mobile phone internet service. And in November 2011 the company was fined NZ$82,000 for misleading mobile customers over its NZ$1 a day data charges.